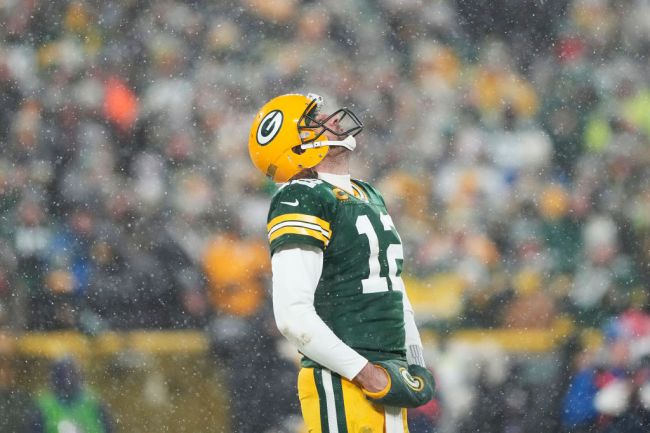 Aaron Rodgers has officially been eliminated from the playoffs and his haters are absolutely loving.

On Saturday night, the Packers lost their divisional playoff game against the Niners after Robbie Gould hit a 45-yard game-winning field goal as time expired.

Not long after the game was over, “Aaron Fraudgers” and ‘Throw Rogan’ began trending on social media as fans mocked the Packers star QB.

Now trending: Aaron Fraudgers. Wish I'd thought of that. I've basically been calling him that for the last decade on TV. All I hear from across the debate desk on Undisputed is "transcendent thrower of the football." Transcendentally fraudulent.

The internet has nicknamed Aaron Rodgers “Throw Rogan” and I… pic.twitter.com/gYnjiXhL68