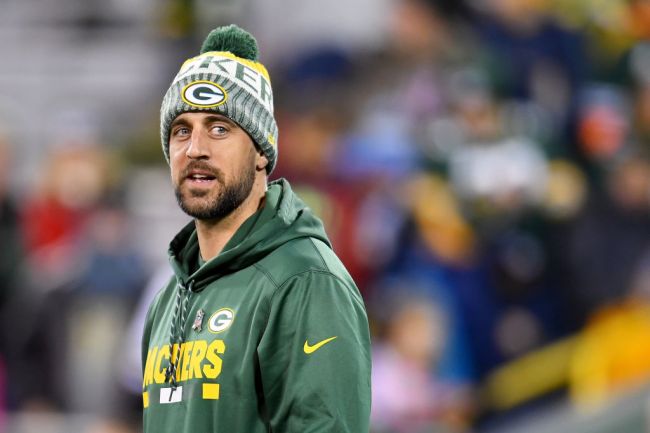 If there was ever a year for the College Football Playoff committee to try something new or extend the field, 2020 would be the year to do so. The 2020 college football season has been unlike anything we’ve ever seen before, and hopefully something we never have to experience again.

So many games being canceled, some teams in the same conference playing a different number of games than the other, the Big Ten and PAC 12 going back and forth about even playing football at all, and Notre Dame joining the ACC for a year are just a few examples of how bizarre the season has been. Why not come full bizarro circle and expand the Playoff field?

Aaron Rodgers is on board with it.

During his weekly segment on ‘The Pat McAfee Show,’ the Packers’ quarterback asked the same question plenty of college football fans have been asking for years: how can college football not get it together and realize four teams in the Playoffs is not enough?

“They’re trying to squeeze out Ohio State, they definitely don’t want any PAC 12 school in there even though we do have an undefeated team (USC).” Rodgers explained. “What about a team like Coastal Carolina, who is undefeated also, no chance they’ll put them in. They’d put a three-loss team in over them.”

McAfee then asked Rodgers the simple question as to why the committee won’t expand the field and whether it’s a bureaucracy type thing.

“If [the NCAA] is all about making money, which they’ve proven over and over it is, why would you not want to maximize it with a multi-round bracket,” Rodgers asked. “Eight, sixteen, or 32 [teams]. Thirty-two would probably be a little too tough, but eight or sixteen, come on.”

"How can college football not get it together & realize 4 teams is not enough?" ~ @AaronRodgers12 on the #CFP #PatMcAfeeShowLIVE pic.twitter.com/i2l0PAlgU6

At this point it would be tough for anyone to find a college football fan, maybe excluding Alabama fans, that wouldn’t be open to seeing the Playoff field expanded.