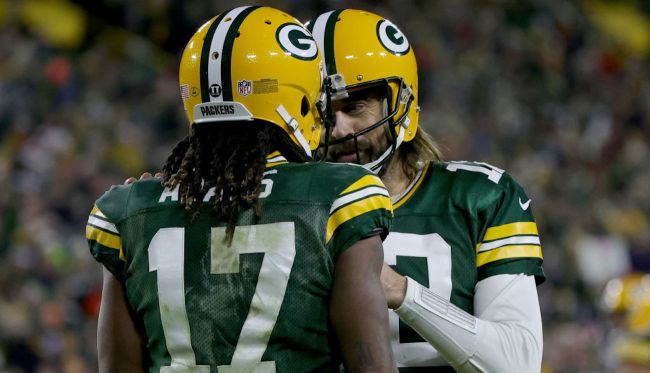 Just days after two-time defending MVP Aaron Rodgers announced he would be returning to the Green Bay Packers on a new deal, the organization shipped Rodgers’ top pass-catching target Davante Adams to the Las Vegas Raiders.

Speaking about the trade publically for the first time, the 38-year-old signal-caller said that he thought Adams would be returning to the team when he signed his new three-year deal with the iconic NFC North club. Rodgers also said that the departure of Adams — who some consider to be the best wide receiver in the National Football League — leaves a big hole to fill.

During the 2021 season, Adams’ last in Green Bay, the Fresno State University product caught 123 passes for 1,553 yards and 11 touchdowns.

“Obviously, when I made my decision I was still thinking he was going to come back,” Rodgers said during a recent appearance on The Pat McAfee Show. “I was very honest with him about my plans and my future and where I saw my career going, as far as how many years I want to play. But I felt like he was going to be back. Didn’t obviously turn out that way, but I have so much love for ‘Tae and appreciate the time we spent together and definitely wish him the best AND Derek [Carr] in Vegas. But that’s a big hole to fill, for sure.”

"When I made my decision I was thinking Davante would be back but I have so much love for him & I wish him the best" ~@AaronRodgers12#PMSSeatGeekSpectacular125k pic.twitter.com/WuoNnPvnMP

In return for Adams — who has 669 catches for 8,121 yards and 73 touchdowns during his eight seasons in the NFL — the Packers received a first-round and second-round draft pick in the 2022 NFL Draft from the Raiders.

RELATED: The Davante Adams Trade Is So Bad For The Packers That It Actually Makes The New York Jets Look Good