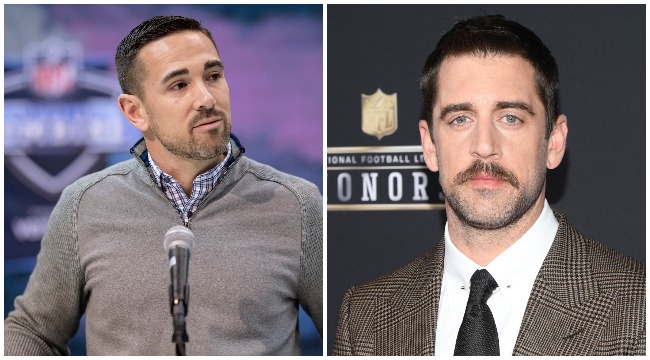 Green Bay Packers rookie head coach Matt LaFleur has had just one year of play calling experience in his career as the Titans offensive coordinator in 2018. Now, the 39-year-old will be tasked with steering the franchise out of back-to-back losing seasons while managing the arm and ego of one of the most dynamic quarterbacks to ever play the game.

LaFleur picked up his offensive ideology while working with Kyle Shanahan in Houston a decade ago, and it does not leave much wiggle room for the audible-happy Rodgers. This could be very bad if the offense doesn’t click immediately.

On Sunday, the 35-year-old Rodgers revealed that LaFleur’s desire for him to buy into a proven system may clash with his proclivity to use his intellect on the fly to make magic happen.

“It’s a conversation in progress,” Rodgers said when we spoke at his locker last Tuesday, punctuating his words with a short chuckle. “I don’t think you want to ask me to turn off 11 years (of recognizing defenses). We have a number of check with mes and line-of-scrimmage stuff. It’s just the other stuff that really not many people in this league can do.

“That’s not like a humblebrag or anything; that’s just a fact. There aren’t many people that can do at the line of scrimmage what I’ve done over the years. I mean, obviously, Tommy (Brady) can do it, no doubt. Peyton (Manning) could do it. Drew (Brees) can do it. (Patrick) Mahomes will be able to do it. Ben (Roethlisberger) has called the two-minute for years. There are a few of us who’ve just done it; it’s kind of second nature. And that’s just the icing on the cake for what I can do in this offense.”

This experiment is shaping up to be a beautiful success or a beautiful disaster. There will be no in between.