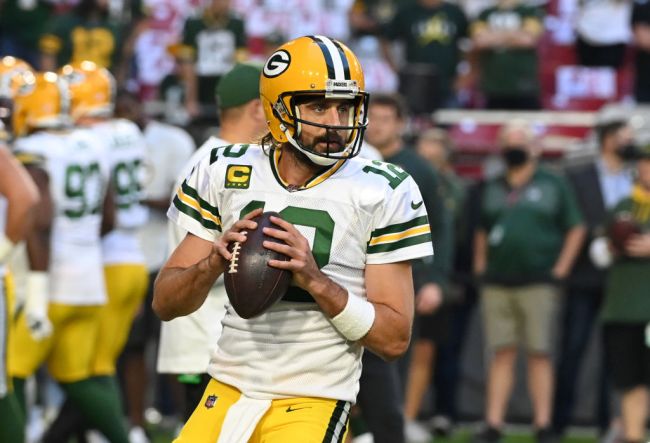 Aaron Rodgers is not on speaking terms with his family, but they’re still showing him love during one of the most challenging periods of his career.

For the past few weeks, Rodgers has found himself in the middle of controversy when he defended his decision to refuse to take the Covid-19 vaccine.
Aaron’s estranged dad Ed Rodgers, who is a chiropractor by trade, defended his son’s decision to use homeopathic remedies to treat Covid-19.

“I think he tried to probably treat himself naturally, like a lot of folks do, “And there’s a lot of great natural things out there, which help mitigate the virus. So I’m proud of him. I’m proud that he went that route.”

Ed did not want to elaborate on his relationship with his son but did say things are getting better between the Packers QB and his family.

“The main thing is I just support him,” “I’m proud of him. I trust his judgment and decisions. I think that’s what I would’ve done.”

Aaron has reportedly not spoken to his family since 2014 and has publicly beefed with his brother on social media.