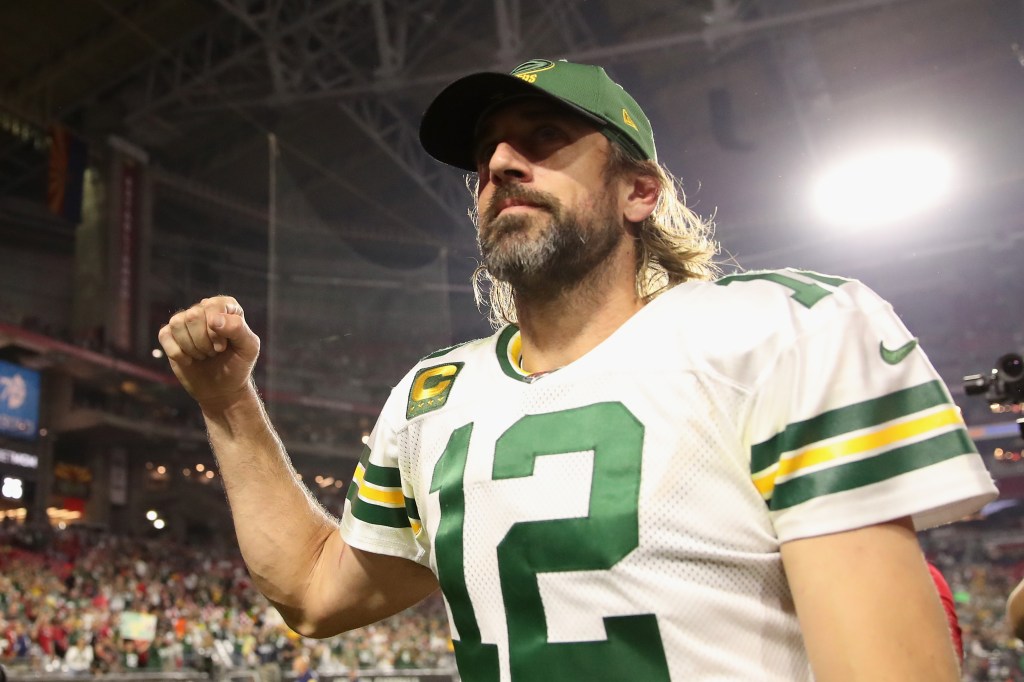 Green Bay Packers quarterback Aaron Rodgers will not face Patrick Mahomes and the Kansas City Chiefs this weekend because he failed the league’s protocols. Aaron Rodgers previously misled the public and league for months. It started when Aaron Rodgers was on the podium and asked about his vaccination status, here’s what he said:

Rodgers was quick to start using phrases like ‘cancel culture’ and ‘woke mob’ without apologizing for misleading the public for months.

The public reaction to Aaron Rodgers misleading everyone about being vaccinated has been loud. Stephen A. Smith branded Aaron Rodgers as a coward and a liar. There are. a lot of questions about protocols broken by Rodgers. And this discussion happened while Aaron was away from the public eye.

Aaron Rodgers went on The Pat McAfee Show on Friday to explain his situation, his choice to not get vaccinated because of an allergy, and how he wants body autonomy respected. The appearance quickly devolved into Rodgers talking about the ‘Woke Mob’ and ‘Cancel Culture’. He discussed how his dear friend Joe Rogan advised him on what medicine to take. Rodgers claimed “everyone on the left” said these vaccines would kill people when Trump was a part of developing them. He quoted Martin Luther King, Jr.

The entire appearance was off the rails and social media reacted in kind:

“Met with a lot of different people to get the most information” but just disregard any and every doctor.

have we considered the possibility that Aaron rodgers is nicki minajs cousins friend https://t.co/QSTeFXXosp

Rodgers just compared himself to Martin Luther King. I'm out.

the most energizing thing about aaron rodgers is the certainty that we are only scratching the surface of all the blithe, dumb things he is about to say now that he's cracked the seal

Congrats to Aaron Rodgers on his Substack

Aaron Rodgers says on the Pat McAfee show that he's "in the cross hairs of the woke mob right now", oh boy

"How about we teach people how to be healthy?"

People out here just learning Aaron Rodgers is a conspiracy theorist when dude has been conspiring to cheat against the Lions for years 😂 pic.twitter.com/8DAen3HQzL

Cover the NFL for multiple decades and at least once a year you'll think "this is the weirdest story we'll ever see" and then Aaron Rodgers comes along and says he's getting pandemic-related medical advice from Joe Rogan.

Ohhhhh, I get it. It all makes sense now. Aaron Rodgers is just stupid.

Pat and AJ should win daytime emmys for keeping straight faces thru all this.

The interview is over, my thoughts: Aaron Rodgers definitely spent way too much time on the internet.

“I’m not anti-vaxx.” Proceeds to hit everything single anti-vaxx trope there is…

How to absolutely ruin your image in 20 min or less!

I really don't get why he didn't stop after saying "I was allergic to MRNA vaccines" – Sometimes less is more.

Hard to take someone serious when they get their medical advice from Joe Rogan.

I dId SoMe ReSeArCh pic.twitter.com/FlBLKFQ2Vn

‘I found a long term immunization protocol to protect myself’. Clear as mud.

I mean, I love me some AR12 but when he pulled the 'why should i wear a mask when everyone else is.' I felt my stomach sink.

Here’s the full segment if you want to go back and watch it:

Most of my colleagues couldn’t make it through the full interview so best of luck to you.