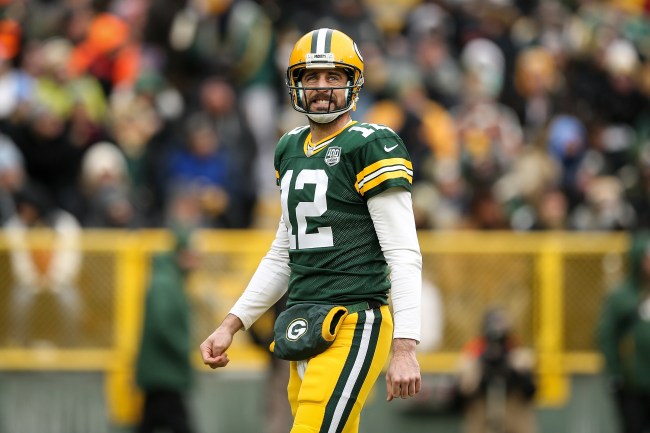 The ‘Game Of Thrones” series finale went down on Sunday and everyone and their mother is still complaining about the ending.

Even Green Bay Packers superstar QB Aaron Rodgers, who had a brief cameo on the show during the penultimate episode, aired out his beef with the series finale.

(Warning there Game Of Thrones spoilers below, if you haven’t watched the episode and don’t want to be spoiled turn away now.

I love the show and it was a great 10 years, but no. I mean, you come down to the end and Tyrion says the person with the best story is Bran, who by the way three episodes ago said he wasn’t Bran Stark anymore?

“Here’s the thing, though, here’s my last theory,” . “If Bran, the three-eyed raven who’s all about the health of the realm, let’s think about what he did.

“Basically wanted the throne the whole time because he’s the one that told the Starks knowing that Sansa would tell Tyrion, knowing that Tyrion would talk to Varys, knowing they’d scheme for Dany’s death, knowing that would piss her off, which led her to be the Mad Queen. So, he the entire time had to set this whole thing up? And at the end, he goes, ‘I don’t want to be king, but why did I travel all this way to be here?’ No.”

.@AaronRodgers12 clarifies his acting role in #GameOfThrones and then goes off on an epic rant about how the series ended.

"You come down to the ending and Tyrion says the person with the best story is Bran?!" pic.twitter.com/F9OhCWbrZh

The Internet was not only amused with Rodgers’ rant but they approved.

I agree with every word… Shit just doesn't make sense

Incredible! I 100% agree…except that Sansa should've taken the throne.

He's not wrong. Cop out king decision. Left as many stories as possible open-ended for spin-offs.