Aaron Rodgers Will Serve As A Guest Host On ‘Jeopardy!’ 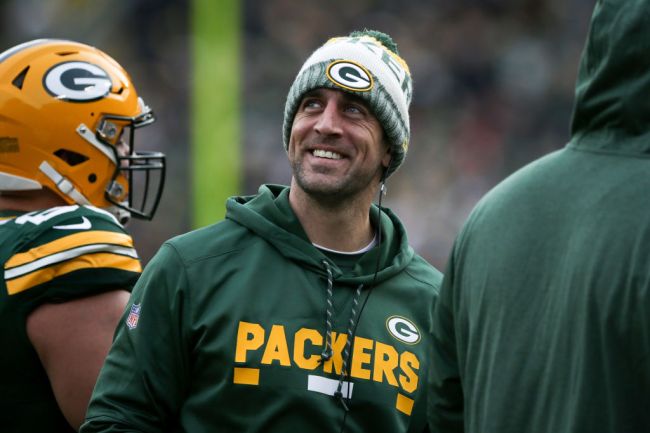 A new permanent replacement for the late, great Alex Trebek as the host of ‘Jeopardy!’ has not been named. As the final recorded episodes with Trebek as host aired last week, the show is going to have guest hosts for the foreseeable future.

On Monday, Ken Jennings stepped in as the first guest host of the iconic show. We’ve also learned that Katie Couric will host some episodes as well and on Tuesday, none other than Aaron Rodgers revealed that he served as a guest host as well and the episode will be airing soon.

“They’re doing some guest hosting spots, and it’s going to be released here pretty soon, but I had the opportunity to do one of those,” Rodgers said during his weekly segment on The Pat McAfee Show. “I’m excited about that opportunity.”

Rodgers was a contestant on the show back in 2015 and decided to rock a very questionable cardigan sweater. He defeated astronaut Mark Kelly and Mr. Wonderful from ‘Shark Tank.’

I think the Green Bay quarterback will do very well as a guest host. He’s mellow enough to keep the proper demeanor the show is so well-known for, but he also has the wit to make it entertaining. It’s fair to say Packers fans will be tuning into the show when his episode airs.