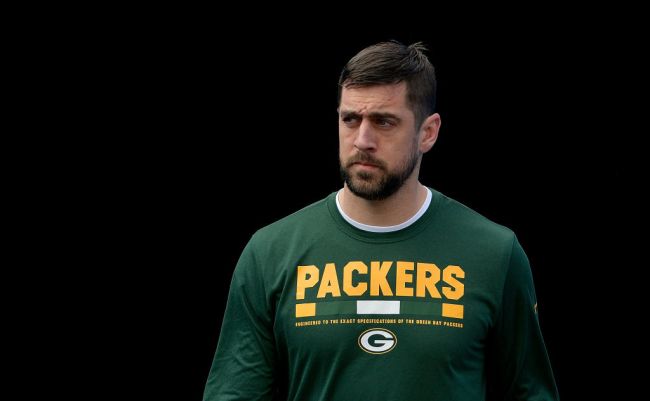 Aaron Rodgers has shared his thoughts on the whole Jon Gruden situation.

On Monday Gruden resigned as the head coach of the Las Vegas Raiders after the latest batch of leaked emails showed him making homophobic comments to bash NFL commissioner Roger Goodell a week after other emails revealed he had made racist comments about NFLPA exec Demaurice Smith.

On Tuesday afternoon Rodgers made an appearance on the Pat McAfee show to say he doesn’t believe most players/coaches didn’t share Gruden’s mindset while also denouncing the former Raiders coaches’ comment.

How do we go forward after these Jon Gruden emails??

"I can say with real honesty & pride that those opinions aren't shared with players.. the locker room allows you to have incredible conversations & that's the best way to grow, learn, change & better yourself" ~@AaronRodgers12 pic.twitter.com/NZk72hK79S

“I know that there’s opinions similar to that, but I feel they’re few and far between,” “The player and the coach of today is a more empathetic, advanced, progressive, loving, connected type of person. I’m proud of the kind of locker room we have.”

“We need to allow people to grow and change, but those opinions don’t have a place in the game,”

“It was surprising to see that the thing went so quickly, but I think that was probably the best decision for all parties involved. Hopefully we can all as a league learn and grow from this. Hopefully it puts people on notice who have some of those same opinions. Like, ‘Hey man, it’s time to grow and evolve and change and connect. That sh*t doesn’t fly.’ “