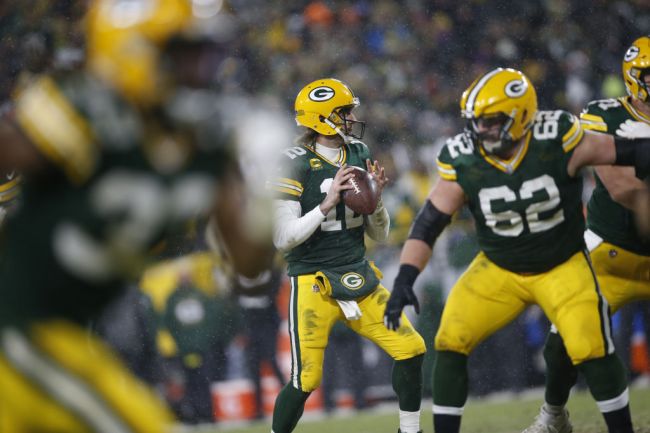 Davante Adams surprised many football fans this weekend with his comments about his acclimation to playing with the Las Vegas Raiders. Adams responded to the question by saying that there’s always going to be a bit of an adjustment when you change from one Hall of Famer to another.

Davante Adams on the transition from Aaron Rodgers to Derek Carr as his QB.@JosinaAnderson | @BMac_SportsTalk pic.twitter.com/8sKcY07M5L

Fans crushed Adams for the comment, pointing out how far you have to stretch the definition of “Hall of Famer” for the term to describe Derek Carr.

Adams has since clarified his comments, stating:

“When I saw [the original quote] written out, it kind of made my stomach drop a little bit because I was like, ‘Oh, God, here we go. People are going to blow this up and take everything I say, and we’re the only team in camp right now.

“But what I’m not going to do is say Derek is not going to be a Hall of Famer because at the end of the day I believe [he is]—and this is not putting any expectations or any added pressure on him because he puts that type of pressure on himself because of what he expects every time he touches the field.

That clarification did not save him from getting absolutely roasted by Aaron Rodgers.

Rodgers was asked about having Allen Lazard back after he had missed the whole offseason and he took the opportunity to absolutely roast Adams.

Asked Aaron Rodgers if it was good having Allen Lazard back after missing all offseason: “Yeah, I mean, it’s always tough going from Hall of Famer to Hall of Famer.”

He’s apparently on board the comparison train.

With Christian Watson and Sammy Watkins both already injured, Rodgers is going to need to hope Lazard can play at a Hall of Fame level or he’s really going to miss Davante Adams during the 2022 season.