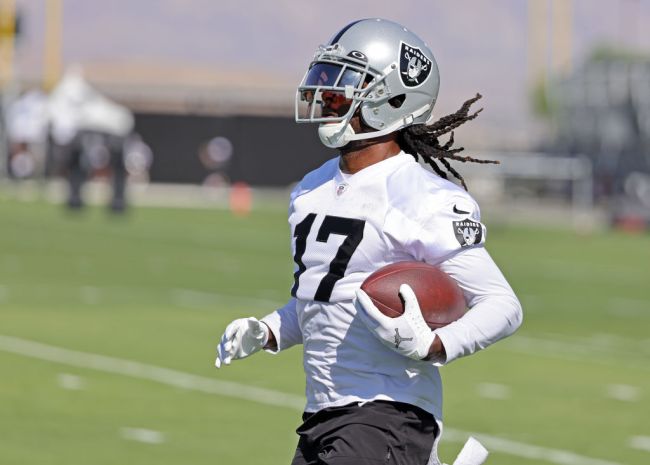 Davante Adams made a bold move this offseason. After spending his entire NFL career being thrown to by Aaron Rodgers, who has won the NFL MVP in each of the past two seasons, he chose to request a trade to play with his college quarterback on the Las Vegas Raiders.

While it seemed like a risky move to many football fans, it seems Adams doesn’t agree with that idea. When discussing the move yesterday with CBS Sports, Adams had an interesting take on the move. According to Adams, he’s currently going through the adjustments that come with going from Hall of Famer to Hall of Famer at quarterback.

Davante Adams on the transition from Aaron Rodgers to Derek Carr as his QB.@JosinaAnderson | @BMac_SportsTalk pic.twitter.com/8sKcY07M5L

That’s a pretty big claim to make about Derek Carr right now. Yes, he is a very good quarterback, but it is really difficult to see what the argument is for him as a Hall of Famer.

Carr has never won a playoff game and has never exactly put up the kinds of numbers that convince people to put you on their ballots.

While those factors are both working against Carr right now, Adams could help him change both this season. Adams is the best receiver Carr has ever played with and Carr will enjoy the most dangerous group of pass catchers he’s had to throw to yet in his career. It also doesn’t hurt that Adams and Carr were phenomenal together at Fresno State.

For now though, Adams should probably hold off on the Hall of Fame talk about Carr until the Las Vegas Raiders show they can compete in the NFL’s toughest division in 2022.