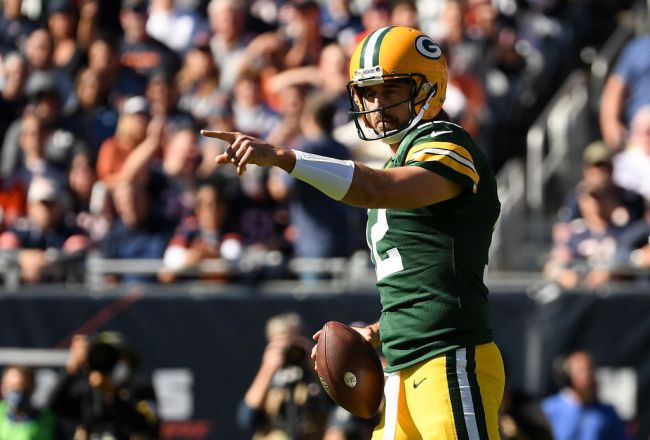 Aaron Rodgers has played the Bears 25 times in his 16-year career. Of those matchups, the Packers won 20 times.

The 37-year-old owns his division rival on the field and decided to give them a reminder.

During the fourth quarter of Sunday’s game between the 4-1 Green Bay and 3-2 Chicago, Rodgers found the end zone with his feet. The six-yard score put the Packers ahead by 10 with under five minutes remaining and all but sealed the win.

.@AaronRodgers12 takes it himself & PUTS ON THE BELT.

It was the 32nd rushing touchdown of Rodgers’ career and it came at a crucial moment. After finding pay dirt, Rodgers was caught on a hot mic letting Bears fans know who is boss.

He celebrated with his signature belt celebration (discount double check) and then ran over to the crowd. Rodgers could be heard yelling “I own you! All my f**king life! I still own you!” or something similar.

It was a savage response on the end of a pretty skillful touchdown. Listen for yourself:

Aaron Rodgers to Bears fans "Own you all my life… I still own you" pic.twitter.com/SEr6bsKxs8

The score held after Rodgers’ scamper and Green Bay went on to win the game 24-14. After losing the first game of the season and having everyone doubt them, the Packers are on a five-game winning streak and Rodgers is playing extremely well.