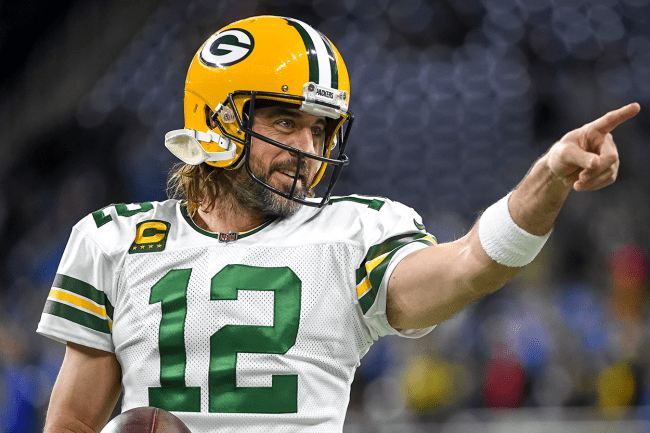 Aaron Rodgers has arrived. The reigning NFL MVP is back in Green Bay after a lot of speculation about his future with the team.

As the Packers open training camp this week, there are a lot of questions to be answered. Davante Adams is in Las Vegas, Christian Watson was drafted in April, and Robert Tonyan’s health status is unclear.

Who will emerge as Rodgers’ top target? Will he find the success he found last year (and throughout his career) with a receiver room that looks different in 2022? Can Rodgers bring Green Bay back to the Super Bowl and get his second ring?

Well, Rodgers arrived in style on Tuesday morning. Or in a lack thereof, depending on who you talk to.

Here is how Aaron Rodgers pulled into the stadium for 2022 training camp:

There is a lot to breakdown here, with Rodgers’ outfit and Rodgers’ hair being the most notable. He went with the look that falls somewhere between John Wick and Joe Dirt.

i added the audio from the con air trailer pic.twitter.com/ZBMF2euaIk

And then, at the 14/15-second mark of his arrival video, Rodgers just drops his bag in the middle of the parking lot. Does he expect someone else to come get it? Is he circling back later to get it? Was he instructed to put his bag down? Did he decide to do so on his own?

We will never know the answer, but it is truly baffling. Rodgers threw his bag to the side for seemingly no reason.

Of course, as with anything, football fans had takes and jokes about Rodgers’ 2022 training camp arrival.

All of this was foretold in the new tattoo, you just had to know where to look pic.twitter.com/aWtHZgqyfr

Aaron Rodgers about to steal the Declaration of Independence https://t.co/MFuOJeNg9w

Whatever "this" is, let's maybe not https://t.co/wzTFchpxPS

This dude is a complete whackjob. https://t.co/PHbzKmyJz6

I threw up when I saw this https://t.co/v4prpXf5wd

he's on his way to go cook up a scheme with Kramer https://t.co/lWxErT8dMG pic.twitter.com/7VBP441tF2

Ok, but why did he just drop his backpack and never pick it back up 😂 https://t.co/cvlxo6zMRQ

Lmao no doubt in my mind that he just woke up and threw on this fit without taking a shower https://t.co/fT9xmTLTf9