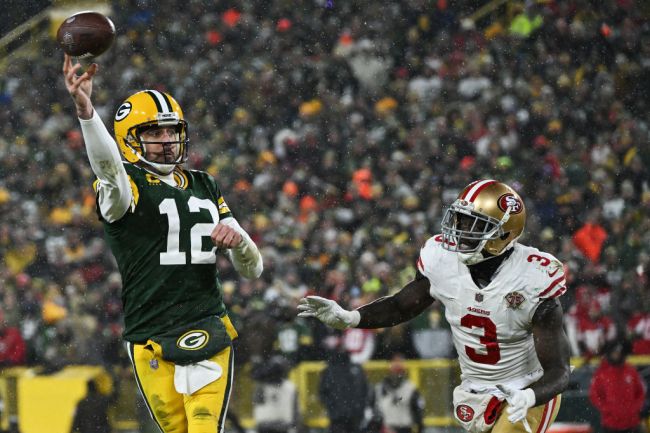 It appears the Green Bay Packers are finally ready to admit they were horribly wrong. It only took two full seasons. Two seasons that could have ended very differently if they hadn’t made on egregious mistake in the draft. Two seasons of Jordan Love was all it took for the Packers to realize they had made a terrible mistake.

NFL analyst Benjamin Albright was asked a question about Jimmy Garoppolo’s future and his answer included some interesting insight into the Green Bay Packers.

I don't know. Everyone is eyeing the Raiders situation and if they extend Carr or not. (They should).

Washington and Houston jump out.

People have suggested Denver but I don't think that's a thing. They're all-in on Rodgers, but I hear GB is trying offering him a monster deal. https://t.co/tMM45yFbKi

On the surface, the report doesn’t actually say anything about Jordan Love. It just tells us that the Green Bay Packers really want Aaron Rodgers back after he put in another fantastic season.

In reality, it tells everything we need to know about where they stand with Jordan Love.

Jordan Love is already 2 years into his rookie contract. He has started one game and scored 7 points against a mediocre Chiefs defense. He has two years left on his deal and the team has a 5th-year option.

Aaron Rodgers still has a year left on his contract with the Packers. That means an extension would keep him on the team through the end of Love’s contract. That would make it look like the Packers are completely throwing in the towel on Jordan Love.

If 2 more years of Aaron Rodgers becomes a reality, Jordan Love would have to go down as one of the worst draft picks in NFL history. If we’ve ever seen a quarterback drafted in round 1 and then never even compete for starting job, I definitely don’t remember the QB.