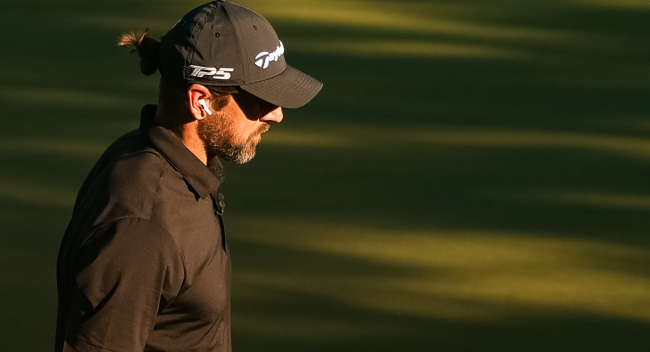 Aaron Rodgers shocked the football world on Wednesday when he revealed that he recently got his first tattoo.

Because after Rodgers posted a picture of the tattoo on social media, NFL fans went bonkers mocking it and in most cases, trying to decipher just what in the world all of that ink means.

There are two lions, some astronomy symbols, the Eye of Providence, what appears to be a view of the sea from a porthole, and some symbols that look like they came straight out of an Agents of S.H.I.E.L.D. episode.

“There’s a deep and meaningful story and connection to absolutely each element of this art piece, and I’ll share a little more about that one day,” Rodgers wrote alongside the photo of his new tattoo.

Has Aaron Rodgers become the latest member of a new age alien cult? Did he see this image in a fever dream? Is it a result of one too many Panchakarma cleanses?

As is always the case in situations such as this, all of the internet sleuths immediately went to work looking for answers.

What was Aaron Rodgers’ inspiration for his unusual new tattoo?

One of them, who spoke to SideAction.com, thinks he may have figured at least some of it out.

According to their source, “Aaron’s girlfriend Blu gave him some ideas on what the tattoo should be, and they came up with the concept together.”

Ah yes, remember Blu? The alleged witch who says she isn’t a witch?

This theory about Rodgers’ new ink does hold some water based on some photographic evidence of similar tattoos that appear on one of Blu’s forearms.

Yep, there’s the same strange fan-like symbol, as well as the Eye of Providence.

Don’t be too surprised if some day in the not too distant future we see Aaron Rodgers playing a flute in the woods.