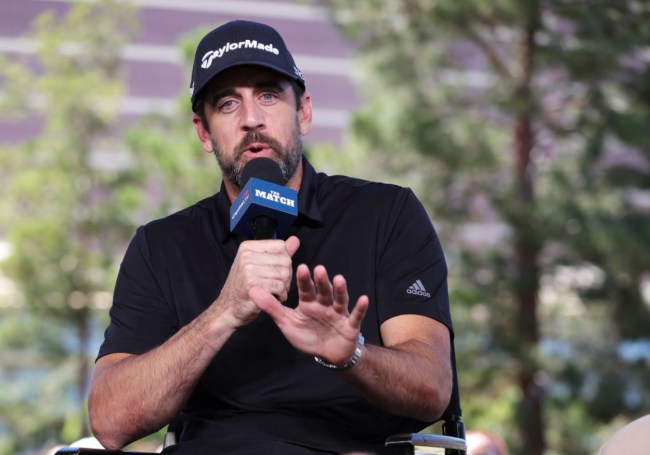 Aaron Rodgers appears to have moved on from Shailene Woodly – his former fiancée who makes her own medicine – to a new lady friend who is known as ‘Blu of Earth.’

The website SideAction was the first to report on the Packers’ QB having a new girlfriend.

‘Blu’ is the co-founder of Florescence Earth, according to her Instagram which is “a modern mystery school for women to reclaim the magical, radically authentic, wise, wild unapologetic you.”

Given that rather unique endeavor, rumors have swirled about her actually identifying as a witch. She jumped on her Instagram stories to shut down those rumors while also explaining what name she goes by.

“PS…My name is Blu. Not Blu of Earth” and “I do not identify as a witch. Y’all are hilarious.”

Sorry, but that is exactly what a woman that identifies and sees herself as a witch would say.

It’s also worth noting that ‘Blu’ didn’t shut down the rumors of her and Rodgers dating. She’s not worried about that piece of the puzzle, she just wants everyone to know that she is, in fact, not a witch.

Regardless of whether or not ‘Blu’ identifies as a witch, it’s clear that Rodgers has a type. The Green Bay quarterback likes the mysterious hippie type.