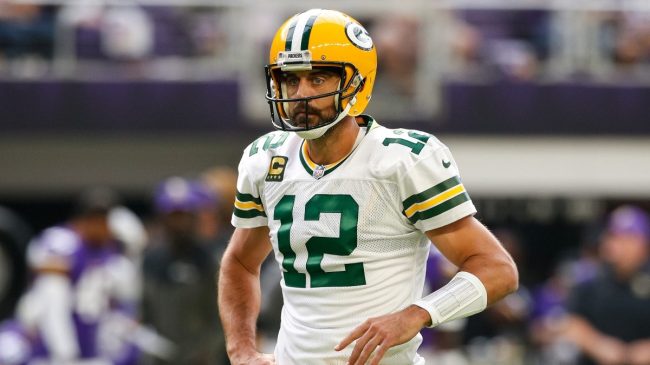 The Green Bay Packers had a rough outing against the Minnesota Vikings in the season opener. They didn’t look all that great but luckily it’s a long year ahead. Despite that, Aaron Rodgers was visibly frustrated with his rookie wide receiver Christian Watson and now Sean Payton is ripping the star quarterback for it.

During an interview with Lindsay Rhodes, Payton was asked about Rodgers’ “‘tough love’ approach with his teammates.” Sean Payton immediately chimed in saying, “It drives me crazy.” The former Super Bowl-winning head coach dove in further about what he saw from Aaron Rodgers and the Packers in Week 1.

Is Aaron Rodgers’ “tough love” approach with his teammates the right one?@SeanPayton doesn’t think so.

“It drives me crazy.”

The Packers rookie surely wishes he had another opportunity to make a big play. However, his dropped pass was pretty brutal to watch. Especially considering the ball hit Watson right in the hands. Even so, Sean Payton just isn’t a fan of Aaron Rodgers’ way of going about the whole situation.

Green Bay’s wide receivers took a hit after Davante Adams asked to be traded away from the Packers. For that reason, Rodgers must rely on a young core with minimal experience. Regardless, Sean Payton didn’t like seeing how Aaron Rodgers handled himself during and after the game at all.

As time goes by Christian Watsons should become much more comfortable in Green Bay. He missed most of training camp with a knee injury, which prevented him from building chemistry with Aaron Rodgers. Look for the Packers to bounce back in Week 2, as they take on a Chicago Bears team riddled with issues of their own.