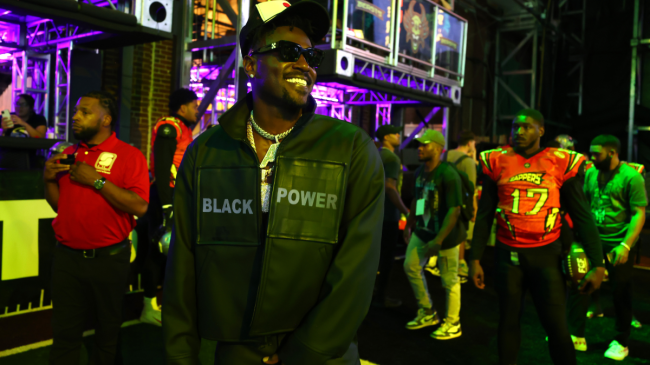 Another bizarre AB tweet is making headlines. Just a few days after exposing himself in a public pool, he hopped on Twitter to defend his actions.

Keep me off the Sports Channel

Wow. A lot to unpack, here.

Let’s start with the first few lines. Brown says he’s a rock star, not a football player. Oddly, this comes just a day after the wideout begged a team to sign him (while again referencing that public exposure), one of his many attempts to get back in the league.

I’m telling every team that needs an offense to pick up AB.

But wait, it gets better.

The second half of that tweet says, “Can I live? Vacation mode.” Brown must not realize that most people don’t publicly expose themselves and harass guests at a hotel on their typical vacations.

Many online were quick to react.

One Twitter user posted, “Tweeting about nuts is wild considering the circumstances.”

Tweeting about nuts is wild considering the circumstances

Another person said, “I need a vacation mode.”

I need a vacation mode.

Fans can at least agree on one thing. Cashews are the Champagne of Nuts.

Outside of that, not much you can take from this insane tweet.