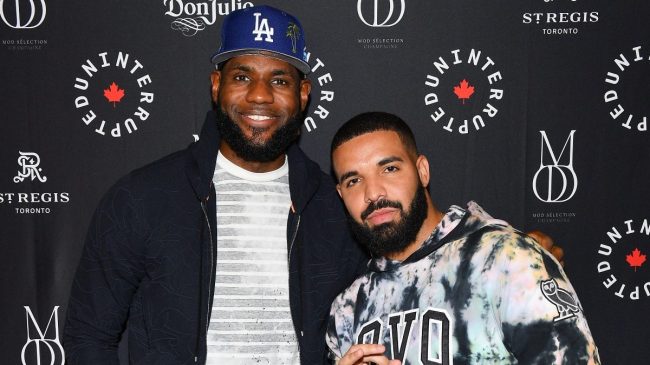 Absolutely no one can escape the Drake curse and if you think you’re safe that likely means you’re next. Just kidding, that sounded really extreme. However, it sounds like AC Milan has some new investors in Drake and the LA Lakers star, LeBron James.

According to Financial Times, the two superstars joined forces after investing in AC Milan through their funds Main Street Advisors and RedBird Capital Partners. This is actually really exciting news for the soccer club, as they now have Drake and LeBron James serving as part owners.

LeBron James and Drake will be investing in AC Milan through their fund Main Street Advisors alongside RedBird Capital Partners, per @FinancialTimes pic.twitter.com/wIMEHplqGd

Regardless, it’s hard to shake off the feeling that AC Milan just picked up a long-term Drake curse. Almost every time the popular rap artist reps a team, that squad ends up losing the most important games imaginable. Maybe LeBron James’ tenacity and history of championships can balance out the curse so Milan can remain atop of Serie A.

At the end of the day, both Drake and LeBron James are making huge financial moves. With soccer growing popularity in America, it’s smart of these two to invest in a well-known organization such as AC Milan. Additionally, soccer is still the most popular sport worldwide, so they might as well dip their toes into that water as well.

This is the first known soccer team Drake has become a part owner of, while LeBron James owns roughly 2% of Liverpool. Look for the Grammy award-winning artist and the Lakers star to remain business partners in the long haul. This might not be the only professional sports team these two invest in, as there are plenty of potential opportunities down the road.