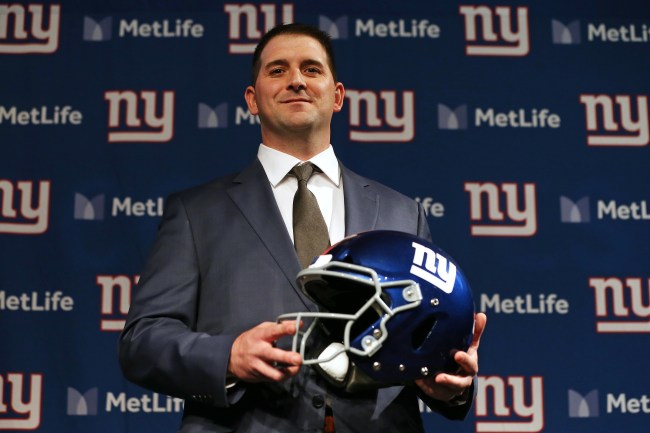 The New York Jets aren’t just a bad football team, they’re the worst team in the NFL and it’s not even close. Adam Gase’s squad is 0-3 on the year, has been outscored 94-37 during that stretch, and sits last in both points per game and yards per game.

Gase could be, and probably should be, the first head coach in the NFL to be fired during the season, but let’s not let his poor coaching efforts overshadow how bad the Giants have been through the first three games of Joe Judge’s tenure in New York.

The Giants took a risk in hiring Judge who was only a special teams coordinator and wide receiver coach in his previous eight years of coaching in the NFL with the Patriots. He comes from the Bill Belichick coaching tree so the excitement level was there among Giants fans when the hire was made, but that risk doesn’t seem to be bringing any reward for a franchise that desperately needs a shot in the arm.

And no, the Giants’ 0-3 start this season doesn’t solely fall on Judge. The Giants’ GM is still Dave Gettleman therefore their ceiling can only be so high with him in the front office. Plus, with Saquon Barkley out for the year with a torn ACL this coaching job would be an uphill battle for any coach given the Giants’ roster, which again falls on Gettleman.

Yes, Judge’s career is only three games old at this point, but nobody should be solely relying on the idea that he’s going through some sort of growing pains or getting used to the job. Judge has looked overwhelmed.

Related: The New York Jets Are In Free Fall And Their Only Way Out Is To Keep Losing

Just imagine if the Jets weren’t 0-3 and the Giants were the lone winless team in New York, the media would be attacking Judge from every angle, but thanks to the Jets being the laughing stock of the league Judge’s struggles are able to fly under the radar.

The Giants have been outscored 79-38 in their three losses and are coming off of a 36-9 loss at home to a banged up 49ers squad led by backup QB Nick Mullens.

The Jets rank last in the league in yards per game and points per game, but the Giants are directly behind them in both statistical categories.

Judge’s leash is much, much longer than Gase’s as Gase is in year two of his career in New York while Judge is just beginning his, but the Giants are a terribly bad football team as well. Judge is only treading water before serious questions are asked about his ability as a head coach in the NFL if things continue to go as everyone expects them to.