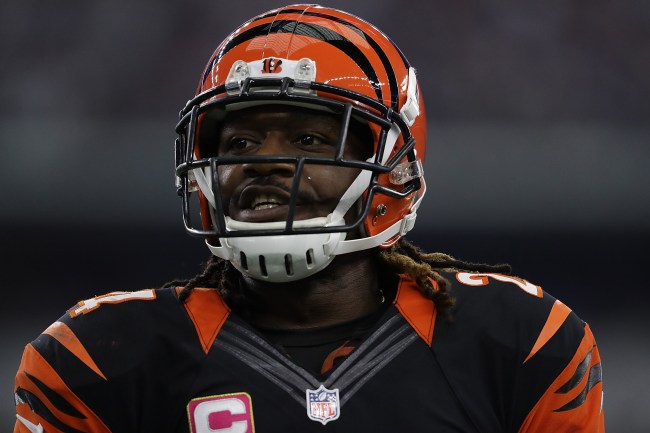 Adam ‘Pacman’ Jones was arrested in Cincinnati early Monday morning on charges of misdemeanor assault. According to WCPO Cincinnati, court documents say Jones punched and kicked a person in the head until they were unconscious.

TMZ has obtained the video of the fight that went down at the Clutch OTR bar. The footage shows multiple people throw bar stools and chairs at one another while you can hear others in the video screaming for those involved in the altercation to stop.

The person that shot the video told TMZ that the drama began after Jones and someone from his crew left the bar in Cincinnati around 1 AM on Monday morning and the security staff wouldn’t let them back inside.

“Pacman pushed his way back in and it started getting aggressive,” the witness told TMZ.

We’re told Pacman got into a heated verbal confrontation with the DJ — and when security got involved, Pacman took a swing.

“Pacman knocked the security guy out then proceeded to kick the guy in the head multiple times. That’s when a lot of the staff stepped in and my video starts.”

Jones insisted that he was not drunk.

In March of 2019, Jones was arrested at the Rising Sun Casino in Indiana after officials with the Indiana State Gaming Commission were called to investigate reports of someone cheating at a table. Jones was suspected of “capping bets.”

His arrest at the casino came after reportedly poking a security guard in the eye and headbutting police officers at the Millenium Hotel who were trying to restrain him and then spat on a jail nurse in 2017.