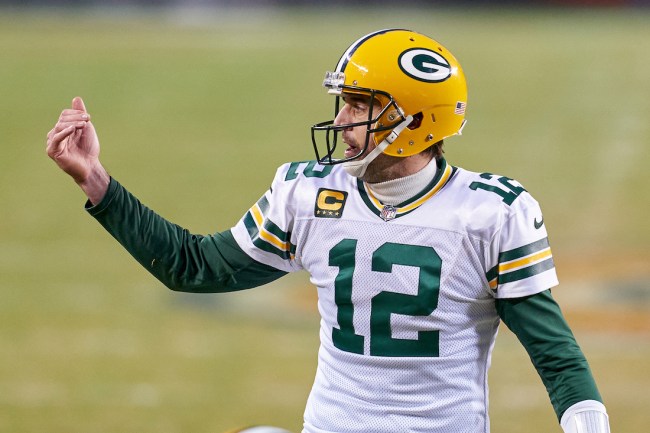 We’re less than 14 days away from the start of NFL training camps, and the Green Bay Packers don’t know if their franchise quarterback is going to show up or not.

Nobody knows what the future holds for Rodgers in Green bay, all we can do is share predictions as to what might happen between the three-time MVP and the Packers. Adam Schefter’s prediction carries a little more weight than most given his title of NFL insider and he offered up his thoughts during Thursday’s edition of ‘Get Up’ on ESPN.

Rodgers still has three years remaining on his current contract, and in Schefter’s opinion, the only way he’ll play in Green Bay under his current deal is if the franchise assures him that he’ll be traded next offseason.

The one team Schefter names as a possible fit for Rodgers down the road is the Denver Broncos, who called the Packers to gauge the situation on NFL Draft night earlier this year.

"My own opinion is I don't think we'll see Aaron Rodgers show up in Green Bay with 3 years left on the contract as it currently stands. … There has to be, I think … some sort of stipulation that makes it clear that the Packers will trade him after the season."

Schefter also made a strong comment about Jordan Love, saying “Jordan Love’s turn is coming, the only question is whether it’s this season or next season, but Jordan Love is on deck and he’s going to be playing there very soon.”

The only thing we do know for certain is that Rodgers wants out of Green Bay. He’s been pretty quiet all offseason, and recently explained why.

The wait is almost over, Packers fans, you should know what the future hold for Rodgers in Green Bay soon.