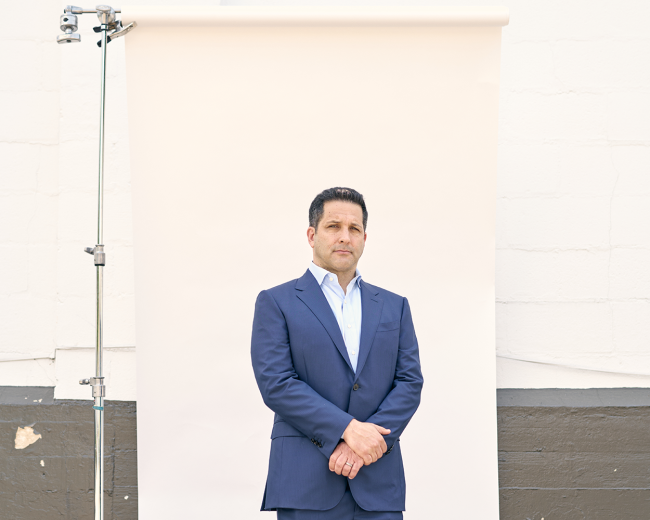 Adam Schefter is paid a lot of money to be the first person to report any and all news out of the NFL. To get his scoops, the 55-year-old uses an astonishingly large and expensive gift list and always makes sure that he is in his sources’ good graces.

To do so, it appears as though he makes sure his sources are okay with his wording prior to reporting. It isn’t the best journalistic practice, and Schefter is known to be someone who often overshares or over-reports based on the information he is fed in effort to keep his sources happy. He is often called a “mouthpiece” for NFL agents or players and his Deshaun Watson tweet earlier this year is the perfect example.

As is the tweet he posted and then deleted on Monday night.

After 15 years in the NFL, Danny Amendola is retiring from the game. Schefter was the first to break the news.

Amendola is ready to pursue various other interests, including having initial talks with broadcasting networks. He has multiple relationships and respect from around the league and is ready for the next challenge.

However, before posting the tweet that announced Amendola’s retirement, he appeared to have accidentally posted one that he shouldn’t have and the internet does not forget. A screenshot seems to expose Schefter for confirming that the wording for his tweet was acceptable for his source.

In the screenshot of what appears to be since-deleted tweet, Schefter included “Work?” at the top, as if he was asking his source if his wording worked. 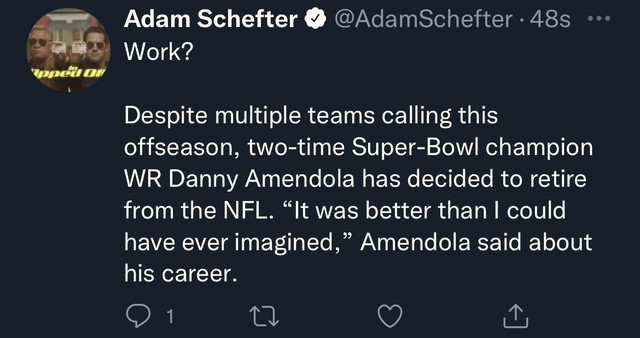 Whomever it was, it sure looks like Schefter exposed himself. The mistake is not egregious, but it is just another example of Schefter being Schefter.