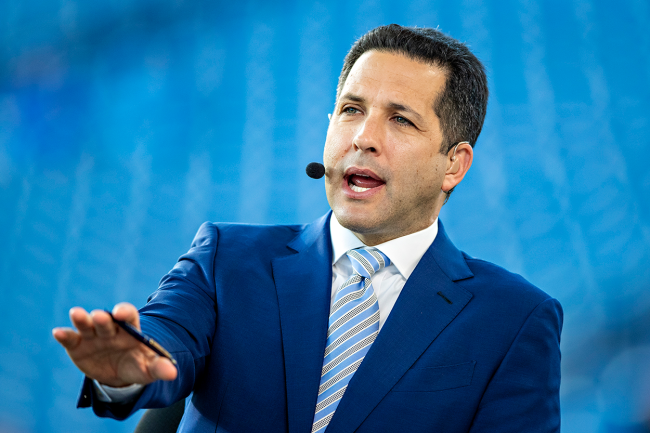 On Wednesday evening, exactly 24 hours before the start of the NFL Draft, Adam Schefter reported something that was a surprise to most. Ultimately, his report did not end up coming true and now he looks ridiculous.

Prior to the NFL Draft, USC pass rusher Drake Jackson was considered to be a second or early third round prospect. Most people expected him to be picked as high as the early second round.

However, his agent shockingly (sarcasm) had a different evaluation.

Drew Rosenhaus, who is representing Drake Jackson, was of the belief that he could sneak into the first round. Because of course he was!

Being the good agent that he is, Rosenhaus tried to drum up as much excitement as he could about his client and reached out to Schefter. Schefter then turned around and reported that Jackson could end up being a surprise first-round pick.

In doing so, the ESPN analyst and insider cited Rosenhaus as his source, which is a wild move. He said that the agent of a likely second-day draft pick believed that his client could end up on Day 1.

Naturally, Schefter proceeded to get absolutely roasted. The way that he phrased the tweet was weird, the way that he cited Rosenhaus was weird, and the fact that he actually went forward with the report at all was weird in the first place.

While Jackson is undeniably a great athlete and has the potential to become a superstar in San Francisco, he was not a surprise first round pick. Schefter’s report, which cited an agent talking about his own client, was wrong.