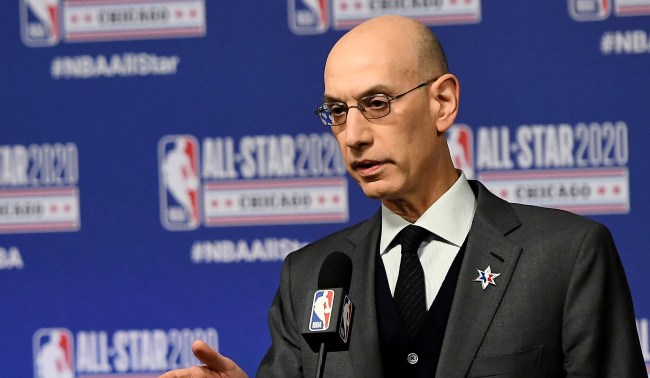 Along with the NBA releasing a statement outlining the next steps the league will take in the fight for social justice, commissioner Adam Silver also penned a lengthy letter to all league employees addressing the recent NBA and WNBA game boycotts and showing his committment to being in solidarity with anyone, not just players, who is being affected.

Below is what Silver emailed his employees…

I have heard from several of you directly and I understand the pain, anger and frustration that so many of us are feeling in this moment. These are incredibly challenging times, especially for those of you on our campuses in Orlando and Bradenton who are far away from your family and friends.

First, let me say that I wholeheartedly support NBA and WNBA players and their commitment to shining a light on important issues of social justice. While I don’t walk in the same shoes as Black men and women, I can see the trauma and fear that racialized violence causes and how it continues the painful legacy of racial inequity that persists in our country.

Yesterday we had a candid and productive conversation with NBA players, coaches and team governors regarding next steps to further our collective efforts and actions in support of social justice and racial equality. The discussion centered around how we can best collaborate to address a broad range of issues, including increasing access to voting, promoting civic engagement, and advocating for police and criminal justice reform. We will be finalizing initial details and will be able to share more specifics ahead of a statement to the public slated for later today.

I understand that some of you feel the league should be doing more. I hear you — and please know that I am focused on ensuring that we as a league are effecting real change both within our organization and in communities across the country. Through the efforts of our internal Social Justice Task Force and the commitments we made, including the formation of the first-ever NBA Foundation to create greater economic empowerment in the Black community, we are dedicated to driving the sustainable change that is long overdue.

We are here to listen and I encourage you to be as open and honest as you can. If you have any questions, concerns or ideas, please don’t hesitate to reach out to me, [deputy commissioner] Mark Tatum, [chief people and inclusion officer] Oris Stuart or your HR Business Partner. We are always here to support you.

As ESPN’s Malika Andrews shared Friday morning, around 100 NBA employees based in New York went on strike in their support of the players and were reportedly spending the day calling elected officials.

Employees sent a letter to Adam Silver and Mark Tatum saying, in part: “We believe the NBA, its leadership, and the Board of Governors unequivocally have the leverage to do more to directly address and combat police brutality and systemic racism in this country.” https://t.co/dgFLiuqdZY

The NBA will reportedly resume playing games on Saturday.