Adrian Peterson’s Commitment To Not Paying His Bills Is Inspiring 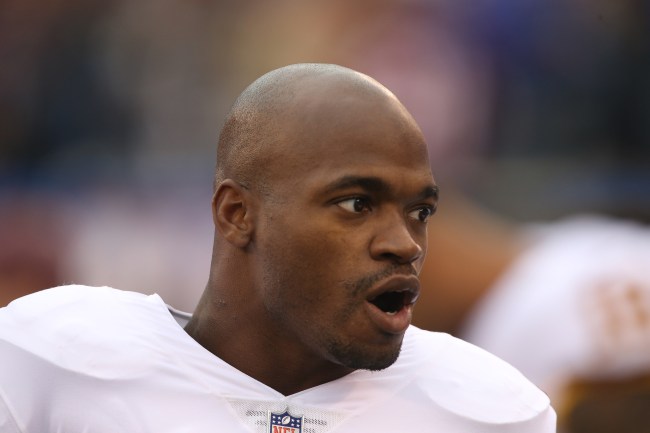 “In today’s world, money is like oxygen – lack of oxygen can kill you, so can too much of it.”
― Abhijit Naskar, Time to Save Medicine

For years, Adrian Peterson has dodged loan obligations with the effortless grace of Patches O’Houlihan. Overdue notices might as well have been coupon pamphlets for RadioShack because they always found their way in trash can of his $4.5 million palatial estate.

It’s now being reported that in the final step before what I’d assuming be bringing in the National Guard, the Detroit Lions running back—who’s earned over $100 million in salary alone over his career—has been ordered to pay almost $8.3 million in summary judgment to a Pennsylvania loan company after he defaulted in 2016, according to ESPN.

The timeline of this financial pickle is proof that I’ve never committed to anyone or anything the way Adrian Peterson committed to not paying his bills. God grant me this conviction:

March 1, 2017: Adrian Peterson’s $5.2 million loan from DeAngelo Vehicle Sales LLC (investment, not cars) has matured and the money is due in full.

He does not pay.

He does not pay. And the time it took for me to single-finger type this sentence, he already lost $35.37.

We break in the action to give you a glimpse of AP’s shanty.

The entire settlement amount clocks in at $2,375,000, less than half of the initial loan amount.

The agreement stipulates that if AP does not pay, HE WILL HAVE TO PAY THE ENTIRE AMOUNT OF THE INITIAL LOAN PLUS INTEREST.

Adrian Peterson is now required, by law, to pay a full $3 million American dollars more than the initial $5.2 million loan. Pretty big deal, huh? Welp, not for him.

The Same Day: Adrian Peterson did not appear in court and had NO ONE there representing him.

And all along, AP’s nickname really meant ‘Accounts Payable.’ Who knew.

Can someone tweet at him and let him know that he’s on the hook for three Scottie Pippen Bulls contracts? And it’s a different case from 2014. I would but I’m a coward and don’t want the switch.