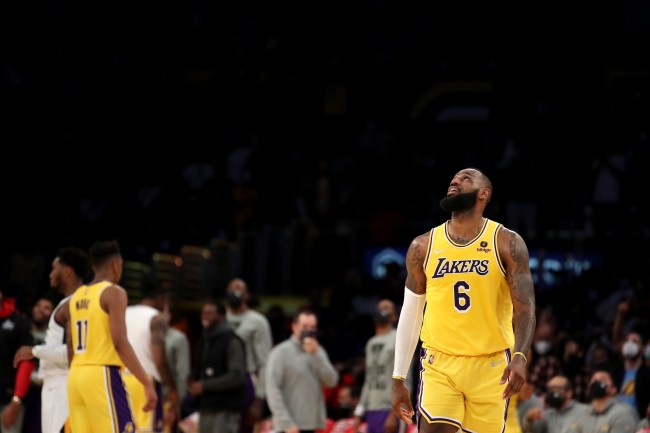 This year has not gone according to plan for the Los Angeles Lakers. Last season’s first round playoff exit was supposed to be just a blip on the radar. The team was going to be healthy this year. They added Russell Westbrook. LeBron was going to get them another ring.

Yet, here we are. The Lakers are 22-22. They’re 7th in the Western Conference. Their stars haven’t had much time to gel and two of them have been disappointing throughout the season. Magic Johnson has even called out the team’s effort.

Surely LeBron is already lining up trades for the teammates that have let him down, right? Maybe not. At least, Adrian Wojnarowski doesn’t seem to think so. He painted a very different picture in his appearance today on “NBA Today.”

If you're a Lakers fan and hope that they'll make some moves, you probably won't like what Woj had to say here:

“Improvement from within” is probably not what you wanted to hear today if you’re a fan of the Los Angeles Lakers. Even at their best this team hasn’t looked like a championship level squad and many fans have wanted trades for a while now.

There were many out there who questioned adding Russell Westbrook to this team in the offseason and now fans are ready to see him shipped out. Unfortunately, there aren’t likely to be many suitors for him and his big contract.

Some have even called for Anthony Davis to be traded. That seems shortsighted and he also likely wouldn’t have many suitors as he currently deals with yet another injury.

The Los Angeles Lakers were defiant when fans pointed out the issues with this roster during the offseason. Now it looks like they’re stuck with it. Maybe LeBron will request a trade to a contender.