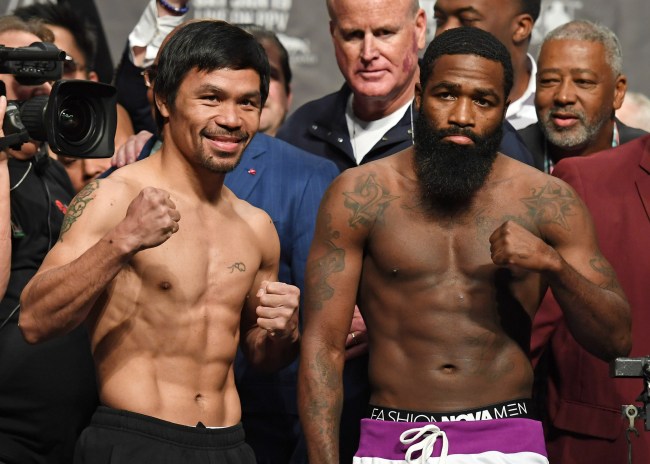 Everyone who watched tonight’s fight between Manny Pacquiao and Adrien Broner knows that Pacquiao dominated and was going to get an easy victory.

Round 12: Pacquiao 10-9. Absolute domination. 120-108 shutout. Broner should be ashamed of himself for jumping on the ring post as though he won the fight. https://t.co/gYvUwy8pNO

During his postfight interview Broner truly believed that he had won the fight and claims that the judges were paid off to set up a Pacquiao-Mayweather fight.

I beat him, everybody out there know I beat him, I controlled the fight, He was missing, I hit him clean more times. I beat him. You know I beat that boy, what they’re trying to do is trying to get that money again with Pacquaio and Floyd

The Internet had some fun with Broner’s post fight interview.

"Everybody out there know I beat him" – broner

What is Broner’s definition of “everybody”

"Everybody out there know I beat him" – broner

Broner said "I beat him"

Broner: “I outboxed that boy

The “everybody” that Broner was talking about pic.twitter.com/WyiKX0wbhF

Broner: I out boxed him
Soulja Boy: OUTBOXED HIM??? #PacquiaoBroner pic.twitter.com/ZNbgAfDE3Q