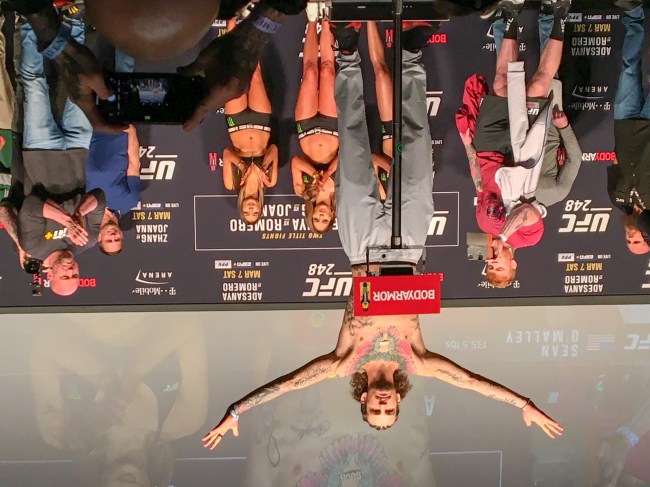 By his own admission, UFC bantamweight superstar “Sugar” Sean O’Malley first got into MMA fighting for the girls, but less than three years into his UFC run, he’s far exceeded those expectations.

From wowing Snoop Dogg on Dana White’s Contender Series and racking up highlight reel finishes and Performance of the Night bonuses, to his interview with Joe Rogan while laying on the Octagon, the flashy, young striker has already accomplished so much in such a short time. So, it comes as no surprise that just five fights into his UFC career, O’Malley, who takes on Marlon “Chito” Vera on the UFC 252 main card, is co-headlining a major Pay Per View event on ESPN+.

With eight knockouts on his undefeated record, including two straight knockouts in the UFC, “Sugar” brings a technical brilliance into the Octagon. O’Malley is a striking savant of sorts, using his long and rangy frame to pick and place perfect punches, precisely where he wants to. And it’s not just hit fists of fury. O’Malley also has a lethal kicking arsenal, complete with all the fancy spinning sh!t that drives the crowd wild.

And then there’s the other side of “Sugar” Sean O’Malley. The side that has taken the internet by storm, racking up millions of fans, followers, streamers, and podcast listeners.

A one-man cottage industry, O’Malley has propelled himself into the vertically integrated limelight, pushing anything from custom cannabis and personalized merch, to online sportsbooks, all while streaming it all for his “Twitch fam.”

Still, despite all the distractions of a completely monetized life, O’Malley has managed to keep his sights “laser focused,” on Vera, his toughest test to date.

Unlike O’Malley’s previous UFC opponents, “Chito” Vera is a high-level and hungry fighter who is in the midst of his athletic prime. Vera, who is 9-5 in the UFC, is not only more experienced than O’Malley, but he also has a bonafide well-rounded mixed martial arts game, as evidenced by his four submissions and four knockouts inside the Octagon.

Wherever the fight goes, Vera certainly has a chance, but it is on the ground where “Chito” has an advantage. Although, taking O’Malley down will be no simple task.

From starting in MMA to get girls to a PPV co-main slot ☘️@SugaSeanMMA is LIVE on PPV this Saturday ➡️ https://t.co/F5vdwUMCa9 #UFC252 pic.twitter.com/3JjLidyvct

When a fighter builds momentum like O’Malley, pundits are quick to start talking about title shots. And while the UFC bantamweight division is stacked with talent, O’Malley’s meteoric rise could easily propel him to the front of the line, as his name and style are major selling points in the world of prize fighting.

By his own admission, O’Malley believes that “If I go out there and starch [Vera], I think I get whoever I want.” However, “Sugar” may have a different idea, opting for money fights and big names, rather than a title shot. In particular, he covets a fight with Conor McGregor, the most popular fighter in the history of the UFC and mixed martial arts.

“Probably Conor [McGregor],” explained O’Malley when propositioned about his dream fight scenario. “I think the fans would like that. I think that’s an exciting fight. That’s a fight that I feel like I could win … I’m way faster than him … he hits hard. I’m good at not getting hit. It’d be interesting”

While a McGregor vs. O’Malley fight sounds like a perfect clash of Irish titans and clans, it’s almost too preposterous to even consider. However, to date, “Sugar” Sean O’Malley has made good on every premonition and prediction he’s had during his career, so why bet against him now? I mean, his rise up the ranks has been high profile, public, brash and full of bravado, spectacle, and all sorts of ninja moves. Kind of sounds like another famous UFC fighter. Yep, I’m connecting the dots to McGregor and the way he climbed the ladder in 2013-2015.

For now though, it’s all about “Chito” Vera, and if O’Malley wants to fulfill his promise and reach his full potential, along with the belts and money fights, he’ll need to make a major statement on August 15, when he fights in the UFC 252: Miocic vs. Cormier 3 co-main event on ESPN+ PPV.