A.J. Brown Gets To Keep His No. 11 Jersey After Julio Jones Declines His Offer 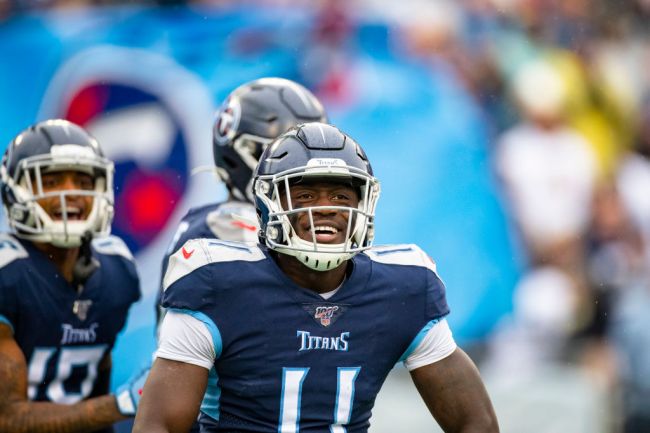 Nobody wanted to see Julio Jones land with the Tennessee Titans more than A.J. Brown. The Pro Bowl wideout was all over social media publicly pitching for the Titans to trade for the former Falcon and his wish came true as they’ll be lining up beside one another next season in Nashville.

Brown even offered up his No. 11 jersey both before and after the trade was official, but tweeted that he’d be rocking the No. 11 until he retires after Jones said he wouldn’t be taking the number after all. It was a classy move from Brown to offer up the number and a nice gesture from Jones not to take it despite the seniority he has over the young Ole Miss product.

Now the question is what number Jones will wear with the Titans. He wore No. 8 during his time at Alabama and No. 82 in high school. Rookie punter James Smith is currently listed on the Titans’ roster with the No. 8 while second-year wideout Fred Brown has the No. 82 threads. It’s safe to say that if Jones wants one of those digits he’ll likely get it.

Brown has worn the No. 11 jersey since arriving on the scene with the Titans. He considered changing to No. 1, which is what he wore at Ole Miss, but that was Warren Moon’s number. Brown was going to ask Moon permission to wear the single-digit, but soon learned how impactful he was to the Oilers and Titans organization.

Regardless of the numbers they’ll be wearing, the one-two punch of Brown and Jones should be a lot of fun in Nashville this season.

UPDATE: Julio Jones will be wearing the No. 2 jersey for the Titans.