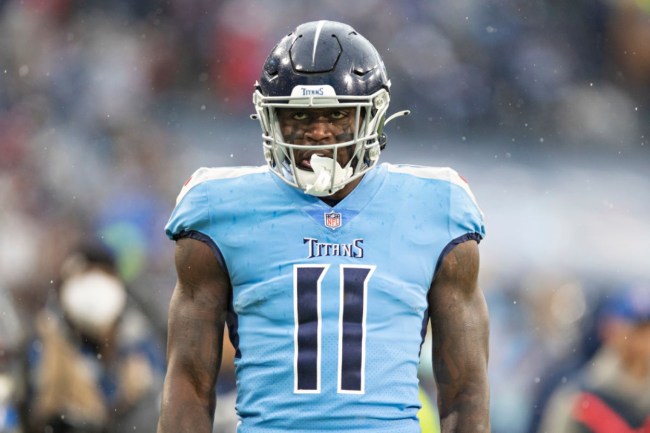 Tennessee Titans wide receiver A.J. Brown is the latest high-profile player to have his name tossed into the NFL rumor mill, but general manager Jon Robinson is doing his best to quiet the noise.

The Brown trade rumors picked up when he didn’t report to the Titans’ voluntary offseason workouts. He’s electing to skip the workouts in hopes of landing a new contract with Tennessee. Brown is entering the final year of his rookie deal, and skipping out on workouts is a common holdout tactic players around the league use.

The rumors took on a different level when Brown called out fans on Twitter who were criticizing him for skipping out on the workouts. Then, he deleted any mention of the Titans from his Twitter bio, which stirred the pot even more.

During Thursday’s press conference, Robinson was asked about the possibility of trading Brown. While he didn’t give an emphatic ‘no,’ it’s clear he’s hoping to get a new contract in front of Brown sooner rather than later.

“I do not foresee that happening,” Robinson said.

“We’ve had some discussions with his reps. When he was here a couple weeks ago, I talked to him. We’re working through that. Not going to get into any details with contract negotiations — never have really done that.”

“But we’ve made it public about how we feel about A.J. and how we want him to be a part of this football team.”

The former Ole Miss standout led the Titans in receptions and receiving yards by a wide margin last season hauling in 63 catches and putting up 869 yards.

The Titans are thin at the receiver position as is, trading Brown is most certainly not in the team’s best interest at this point.