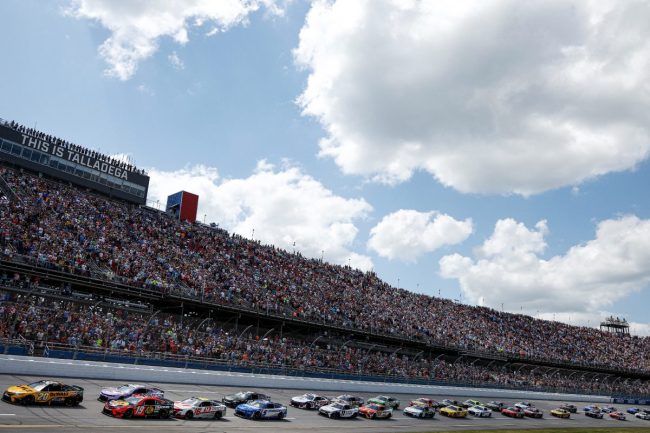 The University of Alabama and NASCAR have unveiled a never-before-seen partnership for the upcoming year. The stock car racing league will now advertise at Crimson Tide sporting events, which include both football and basketball.

The new deal was announced earlier this week, and it will run through the entirety of the 2022-23 academic year. Here’s more on the update from the Sports Business Journal.

It’s a one-year deal from this summer through next, though NASCAR did not reveal how much it is spending. It grants NASCAR rights use to Alabama’s IP; in-venue and experiential activation opportunities; social and digital media integration; and first-party data that the racing body will use to try to drive ticket sales.

To show off its new official status and promote Talladega Superspeedway, NASCAR will run radio spots, while creating new signage and marketing assets for out-of-home advertising in Birmingham and Tuscaloosa. NASCAR also gets in-venue LED board inventory and “NASCAR Drive Summary” videoboard features at all seven home football games; LED stanchion inventory and a “NASCAR Drive of the Game” videoboard feature at Coleman Coliseum for basketball games; and title sponsorship of the Alabama sports network’s weekly Facebook show.

NASCAR is doing this partnership as a way of growing their sport and reaching new audiences, in particular, the younger demographic.

It makes sense, in many ways, to choose Alabama as the first program to partner with. Tuscaloosa is just a couple of hours from the historic Talladega Racetrack. The sport is also most popular in the South. If NASCAR finds this to be successful, expansion is sure to come.

The announcement triggered quite the reaction on social media, with both racing and football fans chiming in on the sponsorship. Take a look.

Many fans also see the Alabama and NASCAR deal as a perfect match, but for a few different reasons.

There isn’t a more perfect match in sports. https://t.co/zWkCUytb42

Georgia fans have their opinions on the partnership…

A dying sport with a dying dynasty https://t.co/spVXS2CzVD

There are a few Auburn fans that aren’t too happy about this, or the fact that they’ll have to face Nick Saban another eight seasons.

Man, @NASCAR has really upset me today by sponsoring the evil empire. I guess that is how Alabama is paying Saban all that money. #WarEagle https://t.co/CUZpPWzMxp

Here are a few other reactions.

This is so southern it’s hilarious 🤣 https://t.co/1EBIxT9jMr

Lots of overlap in these fan bases. #RollTide #turnleft https://t.co/hNk4h20E8a

The jokes write themselves sometimes! https://t.co/mBc27OwpqT

We’ll see how this one-year deal works out for both the Tide and NASCAR.