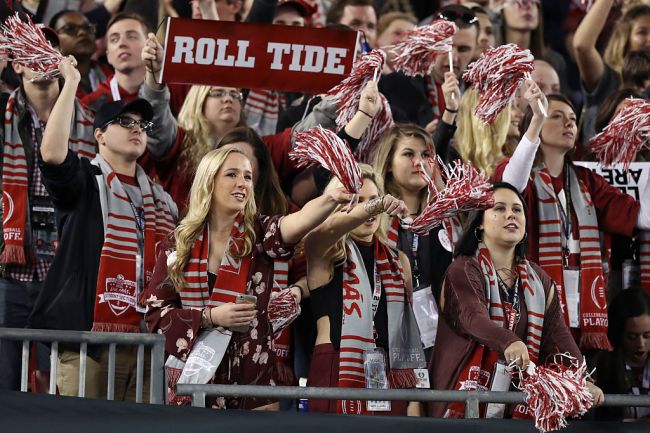 It may be six months until the 2021 college football season gets underway, but Alabama is already giving Crimson Tide fans plenty to look forward to this Fall as athletic director Greg Byrne announced the school is planning to host fans at full-capacity this season.

Alabama announced on Monday that it would be returning to in-person instruction without restrictions on classroom capacity this Fall. This prompted Byrne to tweet a brief statement about plans to have a full Bryant-Denny Stadium while continuing to monitor medical guidelines. Alabama, like the majority of other schools around the country, limited its capacity to 20% last season due to the virus.

The stadium, which holds 100,077 fans, will play host to seven games next season with Alabama’s season opener against Mercer scheduled for Sept. 11.

Infection numbers continue to drop at a significant rate and by the time September rolls around, millions more Americans will be vaccinated by that point. There’s also no harm in being optimistic and planning for full-capacity; adjustments can always be made closer to the start of the season.

Initially, some were disgusted with the SEC for moving forward with its 10-game, conference-only schedule, but ultimately the conference got it right. Ten of the 14 teams in the conference were able to play all 10 games on their schedule while the other four managed to play nine games. Schedules had to be adjusted due to outbreaks among teams, but most importantly, there was zero serious health scares among players and personnel. You have to tip your cap to SEC commissioner Greg Sankey for pulling off a successful season during a global pandemic.

It will be interesting to see how other schools around the SEC approach this upcoming season when it comes to fan attendance and if the SEC itself steps in at any point to issue conference-wide protocols at some capacity.