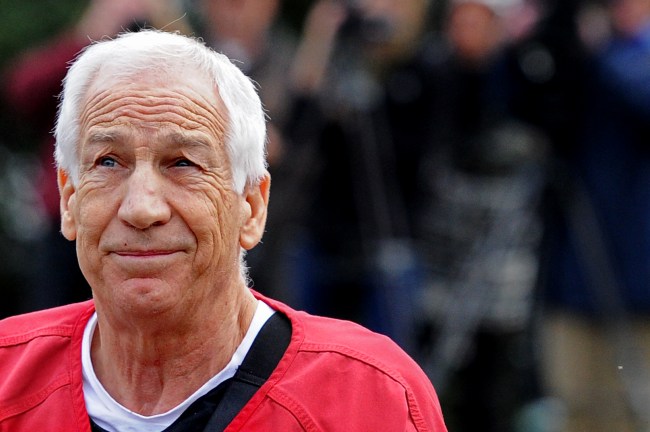 The gist of Brennan’s story is that the Big Ten was the elite, smartest conference in the country and that by deciding to play football this fall they’ve stooped to the levels of the SEC. I’m not just saying that, either, she legitimately wrote those words.

“Then came Wednesday, the darkest day in Big Ten sports history, the day the vaunted conference caved. It choked. It got scared. It became the SEC.”

Honestly, this is the very rare scenario where you don’t actually have to read one word of the story itself, you can simply read the 14-word title and make a legitimate argument that this is one of the worst opinion pieces of all time.

To add truckloads of gasoline on the already raging inferno that is this story, Brennan did not mention Jerry Sandusky or Larry Nassar once in the entire piece.

Former Penn State assistant football coach Jerry Sandusky was sentenced to 60 years in prison after being found guilty on 45 of the 48 involving molesting and sexually assaulting minors over a 15-year period.

Former Ohio State football assistant coach Zach Smith,  who was arrested for aggravated battery of his wife that was two months pregnant while coaching at Florida among many other disputes and allegations, wasn’t mentioned by Brennan either.

But based on Brennan’s column, those horrific moments in the Big Ten’s history don’t compare to the conference’s decision to play football this fall. Not only do they not compare, they’re not even worth mentioning in her eyes.

The tone of her column reads as if the Big Ten randomly came to the decision to play football and is putting student-athletes lives on the line by doing so. Big Ten players, just like every other student-athlete around the county, can decide to opt-out for the season. If a player does opt-out, the university is required to honor the student’s scholarship commitments.

The conference reversed course thanks to medical and testing advancements and will be testing players, coaches, and other staff members daily, conducting heart tests on players that test positive, and will even be forced to shut things down for seven days if a certain positive rate is reached.

The Big Ten is taking every precaution available for their student-athletes so they can get back to some sort of normalcy in the safest way possible.

Brennan doesn’t care about the facts, the players, coaches, or the universities themselves. She didn’t just forget about the Sandusky and Nassar stories, either. She elected to downplay, not even mention, two of the most horrendous events in college sports history to bash every single fan, student-athlete, coach, trainer, equipment manager, student, and university employee that has the opinion that not only should football be played this fall, but it’s safe to play football this fall.