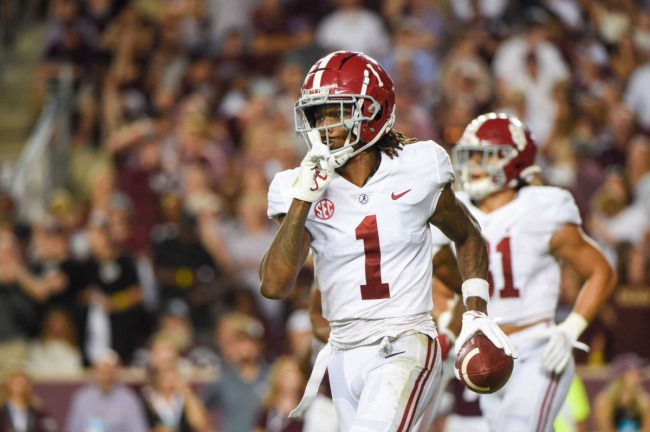 It’s been over two months since Texas A&m pulled off its shocking upset over Alabama, yet the Aggies are still talking about it.

It was undoubtedly Texas A&M’s highlight of the season given the fact that the Aggies finished at just 8-4 on the year. To be fair, A&M doesn’t have much to hang its hat on at all following this season other than the win over the Tide.

Texas A&M defensive lineman DeMarvin Leal is still proud of his team’s upset and made a strong comment about the game on the ‘Tailgate‘ podcast.

There’s nothing wrong with that statement, but saying it over two months after the game as your team finished 8-4 on the year is a little much.

Hellams roasted Leal for his comments, writing on Twitter “I dreamed of playing and winning natty’s.”

Hellam and the top-ranked Tide are getting set for their College Football Playoff matchup against Cincinnati. Meanwhile, Texas A&M earned a spot in the Gator Bowl against Wake Forest but was forced to pull out of the game due to a high number of positive tests and exposure within the program.