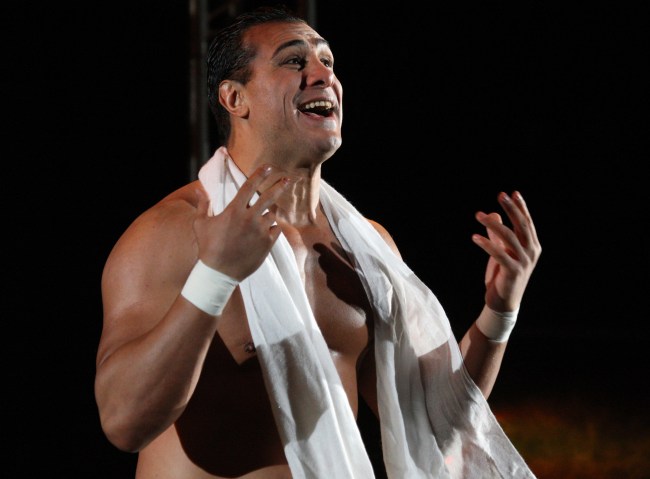 Del Rio, real name Jose A. Rodriguez Chucuan, allegedly assaulted a woman on May 3 and threatened her young son.

Del Rio was arrested over the weekend after the woman showed police photographs alleging he beat and sexually assaulted her.

According to court documents, the woman claimed Del Rio assaulted her on more than one occasion.

She claimed he became angry when she wouldn’t admit to the infidelity, so he slapped her across the head, slapped her again, then took her to his downstairs bedroom and slapped her eight more times, according to arrest paperwork.

The victim alleged he then made her put on a dress and dance for him, but she refused, prompting him to warn her not to cry or he’d take her son and “drop him off in the middle of the road somewhere.”

Police said Rodriguez Chucuan then tied the woman’s hands with boxing straps, put a sock in her mouth and sexually assaulted her for several hours, using various objects. According to investigators, he also punched her in the back during the assault, causing visible injuries.

The victim told detectives she does not remember much after he placed his hand around her throat.

A warrant was served for Del Rio’s arrest and he was booked into the Bexar County jail.

This isn’t Del Rio’s first brush with the law. The 42-year-old former WWE Champion faced domestic battery charges in 2017. Del Rio’s girlfriend at the time, fellow WWE star Paige, later said Del Rio “did not touch her” during the incident at a Florida airport.

Just clearing up the airport situation. Just so there's no more elaborate versions of the story. Thanks for respecting our privacy. pic.twitter.com/iU6nZbZMar

Del Rio left WWE in 2017. He’s wrestled for other federations since and had one MMA fight against Tito Ortiz.