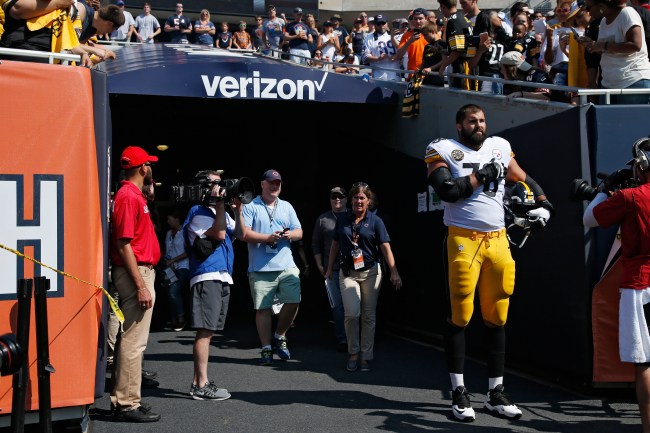 It’s more than likely that the casual football fan couldn’t pick Alejandro Villanueva out of a lineup before Sunday. But, after separating himself from his Steelers team to stand for the National Anthem yesterday, the offensive tackle’s mug has been posted on all corners of the internet.

The 29-year-old was the only Steeler to appear for The Star-Spangled Banner” before the game against the Chicago Bears, defecting from the team’s unified protest.

Although Steelers coach Mike Tomlin was a bit aggravated by Villanueva’s break from the team,   his offensive lineman’s past more than justifies his individualist act. Villanueva was a Captain in the United States Army, in which he served as an Army Ranger and was awarded a Bronze Star for valor during his three tours in Afghanistan.

The undrafted U.S. Military Academy alum was once paid $245 to attend a regional NFL combine after getting cut by the Bengals and Bears, and finally landed with the Eagles practice squad. Now he is the top-selling jersey in the NFL, besting household names lie Tom Brady and Aaron Rodgers.

A spokesman for Fanatics, which runs the NFL’s online store, confirmed to ESPN that, over the past 24 hours, more Villanueva gear, including jerseys and name and number T-shirts, has been ordered than that of any other NFL player.

Huge props to Alejandro for his service and for pocketing some extra cash for increased jersey sales. His position has already been updated on Wikipedia: 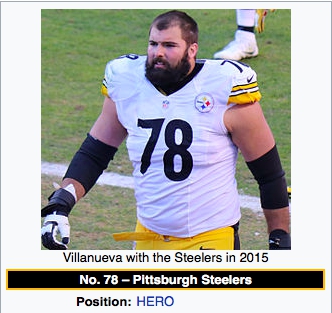