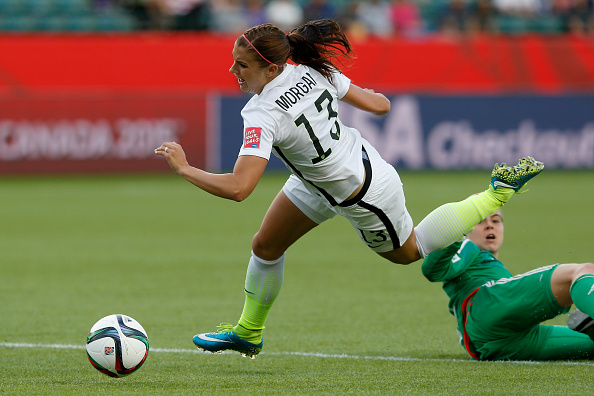 TMZ is reporting that Alex Morgan as well as a couple of prominent MLS soccer players have been cited for trespassing at Disney World on Sunday. The USA soccer star along with MLS players Giles Barnes and Donny Toia were partying at a pub in the United Kingdom section of Epcot. The large soccer group was involved in an altercation with another group inside the bar and things allegedly got rowdy. Soccer debates inside English pubs have been known to incite people from time to time. Morgan and company were asked to leave the pub.

The Orange County Sheriff’s Department were called to the Florida amusement park and cited four people with trespassing including Morgan, Barnes, Toia and his wife. I do hope the group at least got a nice Black & Tan or Scotch whisky and not that syrupy Welsh Dragon cocktail. Here is the group at the Happiest Place on Earth during their non-trespassing times having much more fun.