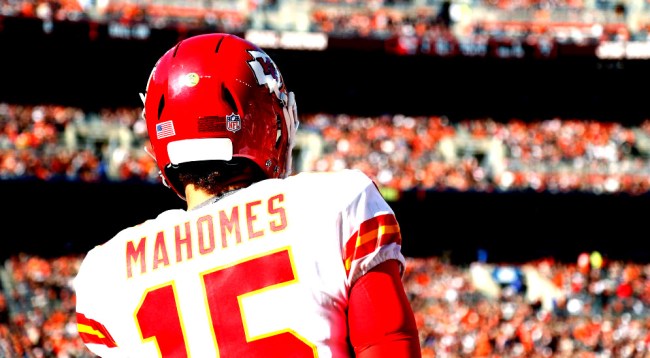 Kansas City Chiefs’ star quarterback Patrick Mahomes was once told by none other than Major League Baseball great Alex Rodriguez that there is “no money” and “no future” in playing football. Whoops.

In case you weren’t aware, Mahomes’ dad Pat is a former professional baseball pitcher, having played from from 1992 to 2003 for the Twins, Red Sox, Mets, Rangers, Cubs, Pirates, and two seasons in the Nippon Professional Baseball league in Japan. So, one can only imagine the pressure Patrick felt to focus on baseball, and how much it might have been compounded by an at-the-time surefire lock MLB Hall of Famer advising him do exactly that. (He was a three-sport star athlete in high school and was the Maxpreps Male Athlete of the Year for 2013–2014.)

Rodriguez came to know the younger Mahomes while playing with his dad on the Rangers during the 2001 baseball season – “one of the best teammates I’ve ever had.” It was because of that relationship, the 14-time MLB All-Star felt he would impart some words of wisdom to the young and impressionable Patrick Mahomes II.

“I said, ‘Now listen to me, if you don’t hear one thing that I ever tell you, you better listen to this’,” Rodriguez told Omnisport while visiting London Stadium, which will host two regular-season MLB games in 2019. “‘There is no money, there is no future, there is no history in football. You have to play baseball!’

“Well, he reminded me of that recently and, boy, am I glad he did not listen to me!” said a very correct Rodriguez.

A-Rod also compared Mahomes to Yankees slugger Aaron Judge, saying, “He reminds me of Aaron Judge. They have this … bigger than life, superhero thing.”

For what it’s worth, Mahomes could have played baseball professionally, as he was drafted by the Tigers in the 37th round in 2014, but ended up playing football for Texas Tech. Clearly the right move, as it turned out.

Who would have ever thought that ignoring sports career advice from one of the best to ever play professionally would turn out to be such a good idea?

Showtime in primetime in the City of Angels 🏝