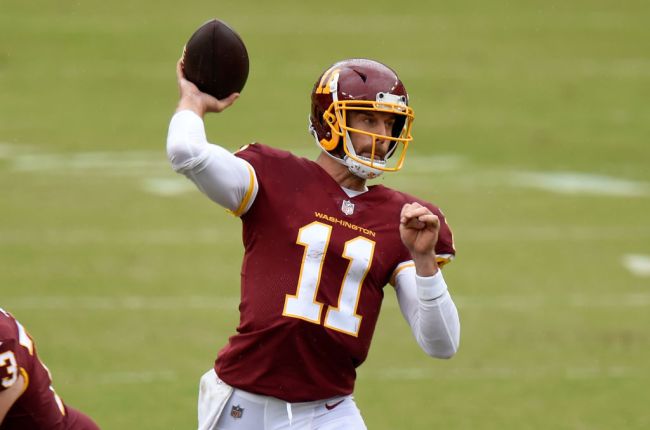 Alex Smith returned to the field for the Washington Football Team for the first time since his devastating leg injury in 2018.

Smith’s wife Elizabeth, and three young kids, are in the stands at FedEx Field for the game against the Los Angeles Rams.

Smith entered the game late in the first half after Kyle Allen took a helmet-to-helmet hit from Jalen Ramsey.

The moment was incredibly emotional, especially for Smith’s wife, who reacted much the same way many NFL fans did seeing Smith trot onto the field.

Mrs. Smith went through a wide range of emotions after realizing her husband was warming up to enter the game.

Alex Smith's wife is all of us right now pic.twitter.com/11LcTRNvcU

Elizabeth had every reason to be worried and I’m sure she lost her mind later in the game when Smith took a devasting hit from Aaron Donald.

Donald also had an interesting reaction to the play.

Smith is still in the game even though Allen has been cleared to return.