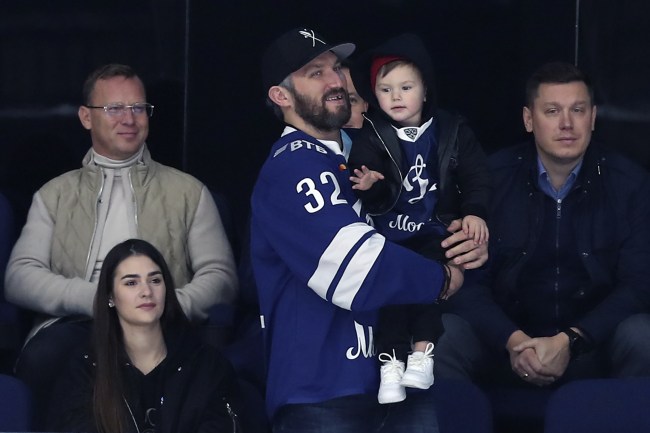 Alex Ovechkin has shown zero signs of slowing down. He’s 35 years old which is a lot older than most professional athletes but he still managed 67 points (48 goals, 19 assists) in 68 games during the abbreviated 2019-2020 NHL season. The Washington Capitals are just two years removed from the organization’s first and only Stanley Cup championship and I’m certain the team would look to Ovi to help shape any young talent they want to bring in as the future of their organization.

That’s why it’s strange to me that Ovechkin would just come off the top ropes out of nowhere and say in a Russian interview that he doesn’t want to finish his professional hockey career playing with the Washington Capitals. Instead, Ovechkin has set his sights on returning to Mother Russia and putting his magnificent career to rest while playing in Moscow.

In the interview with Russian Television International, Alex Ovechkin specifically called out Dynamo Moscow in Russia as the team he wanted to finish his pro hockey career with:

Here he is just a few days ago at a Dynamo game with his kid:

According to NBC Sports, Capitals GM Brian MacLellan has said any contract extension negotiations with Ovi are on hold until the team returns to training camp, whenever that might be. Washington fans cannot love the news that Ovi wants to finish his career in Russia but he owes nothing to anyone and has left as much on the ice for Washington as any NHL player has done for his team. He’ll be given a hero’s salute if and when he decides to make the jump back to Russia.