Is The 2021 All-NBA Snub Team Better Than The All-NBA Third Team? Let’s Discuss… 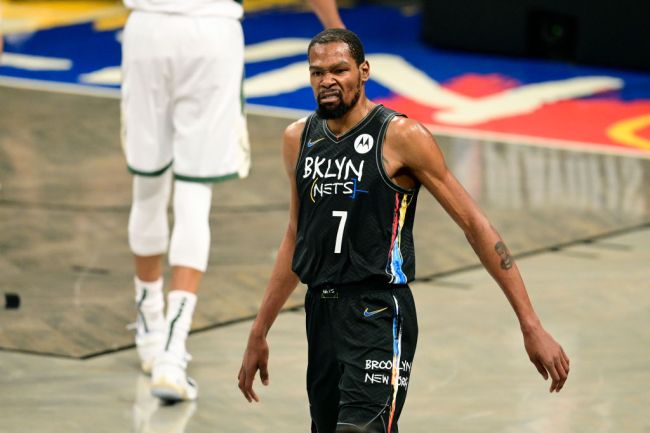 The NBA released its annual “All NBA” teams yesterday. For the most part, they got it right.

The voting results for the 2020-21 All-NBA Team are below ⬇️ pic.twitter.com/TQ7thkKhDI

Nikola Jokić, Giannis Antetokunmpo, Steph Curry, Kawhi Leonard and Luka Dončić make up the first team. The second team consists of Damian Lillard, Joel Embiid, Chris Paul, LeBron James and Julius Randle. Clearly, both of these teams have a plethora of star-studded talent on the offensive and defensive ends.

But the All-NBA third team? That’s where issues arise.

Four out of the five players— excluding Gobert— averaged at least 20 points and four assists in the regular season. On the defensive end, the team is stacked as well. Gobert is a three time winner of the Defensive Player of the Year award.

Additionally, George and Butler are known for being two of the best two-way players in the league right now.

If this team faced the All-NBA snub team, however, it would not surprise me if the snubs pulled off the “upset.”

For guards, Donovan Mitchell and Devin Booker 100% challenge Irving and Beal. Though they averaged slightly points and assists per game, they have shown their ability to catch fire when it matters most; Booker put up a solid 47-points and 11 rebounds in the series-clinching win against the Lakers. Likewise, Mitchell already matched Karl Malone for most 40-point playoff games in franchise history just 28 games.

In terms of Jayson Tatum and Kevin Durant, I do not need to say much. Tatum quickly became the go-to-guy in just his third year in Boston. As for Durant, Antetokunmpo said it himself after Game 3:

Finally, we saw what happened to the Lakers without Anthony Davis. Just like Gobert, Davis is strong on the defensive end. But, he’s more of a threat on the offensive end.

Again, I am not saying the All-NBA third team is not stacked will talent. Still a series between these two teams would absolutely go to seven games.