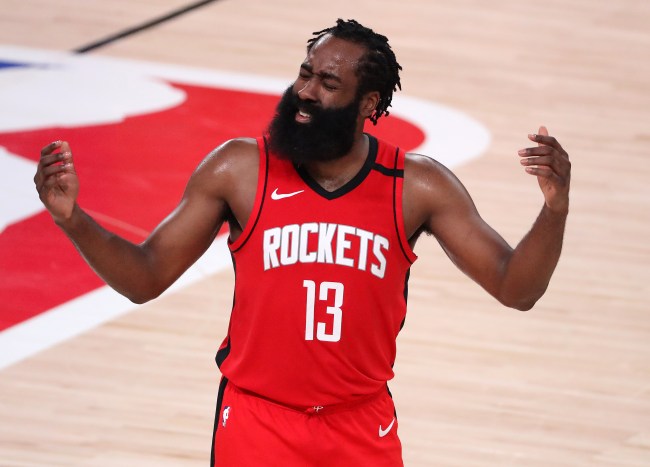 Washington’s Dwayne Haskins isn’t the only athlete to potentially get in trouble for showing up at a strip club without wearing a mask this week.

According to a video obtained by Black Sports Online, disgruntled Rockets superstar James Harden was recently filmed at a strip club Christmas party without a mask on and not practicing social distancing.

He seemed to be having a very good time and was gifted with a Dior suitcase by the hosts, who couldn’t help but put him on their social media pages.

There doesn’t seem to be a mask anywhere in the video, but a lot of strippers.

The NBA will surely take issue with the video in question considering they recently banned players from attending venues with more than 15 people.

The Rockets will probably be forced to trade Harden sooner than later if he continues to become a major distraction for the team.