Police Are On The Hunt For A Man Who Stole $500,000 Worth Of Jewelry From Allen Iverson’s Hotel Room 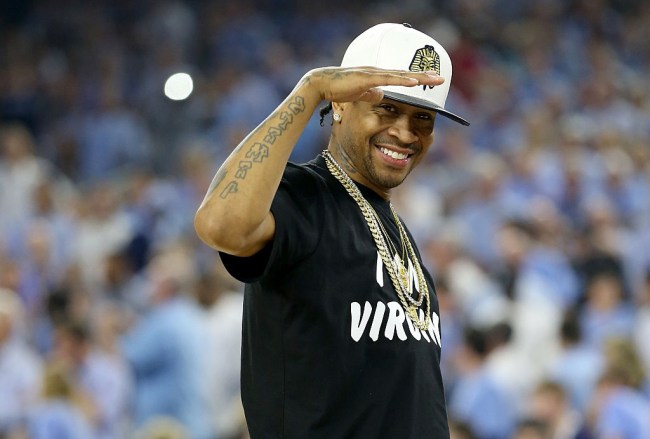 In the mid-2000s, David Stern was doing everything in his power to clean up the NBA’s image in the wake of The Malice at the Palace, which hadn’t done much to convince the sizeable group of people who viewed many of the league’s athletes as thugs to reassess their viewpoint.

In 2005, the commissioner made waves when he instituted a new dress code for players that required them to don business casual attire when engaged in any NBA-related activities.

The new mandate was met with a fair amount of backlash from people who believed it had racist undertones, as the dress code explicitly banned players from rocking durags, large chains, Timberlands and other items that were closely associated with hip-hop culture.

A few years ago, Allen Iverson reflected on the ban and said he felt his sense of style had both inspired other guys in the league to sport a similar look and served as a catalyst for Stern’s decision.

Iverson—who made over $200 million in salary and endorsement deals during his time in the NBA—played his last game in the league in 2010 and was free to rock as much bling as he wanted and apparently took full advantage, as he racked up an $859,000 bill at a jeweler in Georgia who publically accused him of stiffing him.

That news caused some people to speculate the 76ers legend was broke but he apparently managed to turn things around, and in 2017, he was spotted rocking an insane amount of diamonds during an autograph signing.

Iverson is apparently still doing pretty well for himself, as he brought along $500,000 worth of jewelry with him during a recent trip to Philadelphia, which was promptly stolen from the backpack in which it was stored in his hotel room on Monday morning.

Sources confirm the suspect removed $500,000 worth of jewelry from Allen Iverson's backpack before getting away. Iverson was not present at the time of the theft. https://t.co/3RdKLgVx7h

Iverson is still getting paid $800,000 a year by Reebok and is slated to receive $32 million from the company when he turns 55, so while he won’t be as crippled by losing half a million dollars as most people would be, I’m going to go out on a limb here and assume he’s not exactly thrilled about this development.