Allen Iverson Owes A Lot Of Money In Back Taxes After $150 Million NBA Career, According To Court Documents 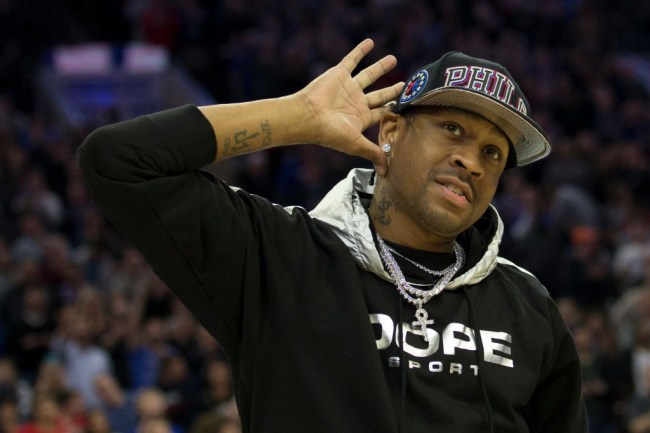 Allen Iverson was a basketball Renaissance Man who fearlessly and unapologetically oozed individuality, even if that individuality flew in the face of a league who aimed to market its players under an inauthentic corporate guise. It’s why generations of NBA players continue to laud the former MVP, with Kobe Bryant saying Iverson’s impact on the game will “be felt for generations” and Ben Simmons saying he idolized Iverson growing up.

Unfortunately, in recent years Iverson’s contributions to the game of basketball have taken a backseat to his dreadful personal finance issues.

Iverson made an estimated $150 million in his 14-year NBA career and 2012 divorce documents revealed that he was up to his eyeballs in debt, especially after he had to fork over $3 million to make good on the divorce.

Just months ago, Iverson lost his third home to foreclosure, as Iverson allegedly owed taxes for the years 2012-2013.

Via documents obtained by The Blast:

A bright spot in this shitstorm is that back in 2001, Iverson signed a trust with his Reebok sponsor for $32 million that he can’t touch until he’s 55 years old. He’s 43 now.

As Total Pro Sports points out, there is an important stipulation in that contract that he agreed on with his wife Tawanna back in 2010. The agreement states that Iverson will forfeit all of the $32 million if he violates these terms:

I can’t speak on how he’s doing with the rules, but last year Iverson missed a Big3 game after being spotted gambling in a Chicago area casino until 3 am. You didn’t hear it from me.