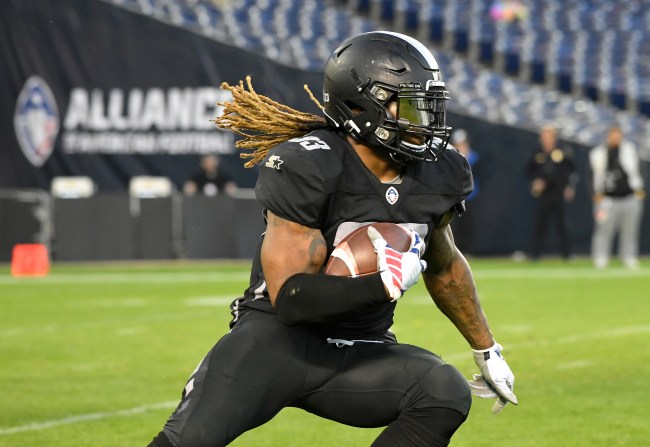 The Alliance Of American Football (AAF) has seen pretty solid support from fans who need their football fix following the NFL season ending last month. And, with the AAF seeing TV ratings stay pretty steady over the course of its regular season, today’s announcement about the location of the first-year league’s championship game probably has people even more excited about the playoffs.

So, where’d the Alliance Of American Football land on to host the title game? Surprisingly, with an NFL team’s practice facility, as the Dallas Cowboys will host the event at its 12,000-seat venue on April 27 which is known as “The Star”. Here’s what Cowboys owner Jerry Jones had to say about the decision to have the AAF use his team’s practice facility, per Pro Football Talk.

“The Alliance has built a foundation of high-quality football, revolutionary technology and world-class partnerships with the NFL, CBS and Turner Sports,” Cowboys owner Jerry Jones said in a statement. “It was only natural that we at the Cowboys organization would want to join that great group of partners. I have always believed that our great game of football could use a league to give players the shot they needed to make it to the NFL, and Bill Polian, Tom Dundon and Charlie Ebersol, have done just that. We are proud to be able to host their inaugural Championship Game.”

You’ve got to give Jerry Jones credit here for getting involved with this one, because it’s just another way to promote his franchise and, more importantly, show support for the new league. Even though the Alliance Of American Football isn’t directly associated with the NFL, there’s a relationship there due to the AAF being run by, coached and played by former NFL execs, coaches and players, and this is another sign that we may see more partnerships between the two leagues in the future.

It’s also a smart move by the AAF’s leadership, as the 12,000-seat facility is more than capable of holding enough fans for the championship game, while also appearing to look more full for TV cameras should it not sellout. Overall, solid business decisions by both leagues, now let’s see who ends up playing.