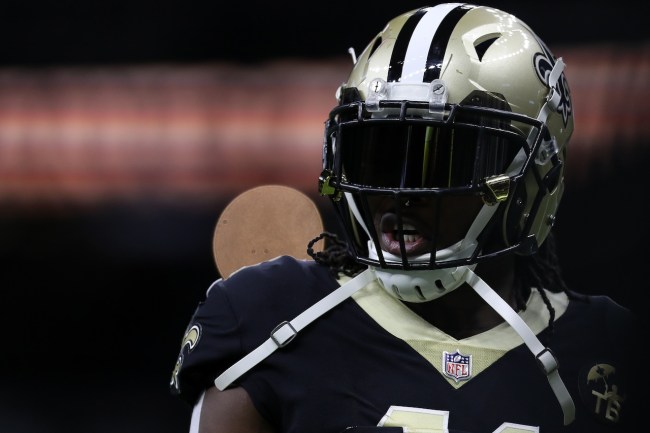 Alvin Kamara of the New Orleans Saints is one of the most dynamic and versatile players in the NFL, showing that he can blend a hard-nosed running style with the agility of a wide receiver — which can really throw off opposing defenses. Thing is, Kamara is more than just dynamic on the football field, and his Tuesday routine during his day off is proof of that.

That’s because the second-year player doesn’t just sit on his ass and play video games all day long to waste the day, but, instead, finds some blue collar jobs around the city of New Orleans to experience something that he otherwise wouldn’t, while also helping in the community. Sounds pretty badass to me.

According to CBS Sports, via WBRZ in Baton Rouge, Alvin Kamara was spotted on the back of a garbage truck this week, slinging trash around New Orleans as if he was throwing defenders off his back while on the gridiron. Here’s a picture of the running back doing his “new” job this week.

Although this week’s blue collar job that Alvin Kamara did was part of a commercial for IV Waste, a tweet from bullish runner gives hints that he may be looking for other dirty jobs in the area that he can do. Check out the commercial below, and then the subsequent tweet from Kamara that leads us to believe he’s sticking to this little part-time work.

Alvin Kamara, who’s originally from Norcross, Georgia of the greater Atlanta area, might get a chance to show his blue collar attitude near his hometown should his New Orleans Saints beat the Los Angeles Rams in the NFC Championship Game this week to reach Super Bowl LIII — which probably gives him even more motivation to win on Sunday. If the Saints do win, Kamara better be prepared to work overtime on Tuesday if he’s back to picking up garabge, because the streets down in the French Quarter will be littered 10 times worse than a Mardi Gras party.