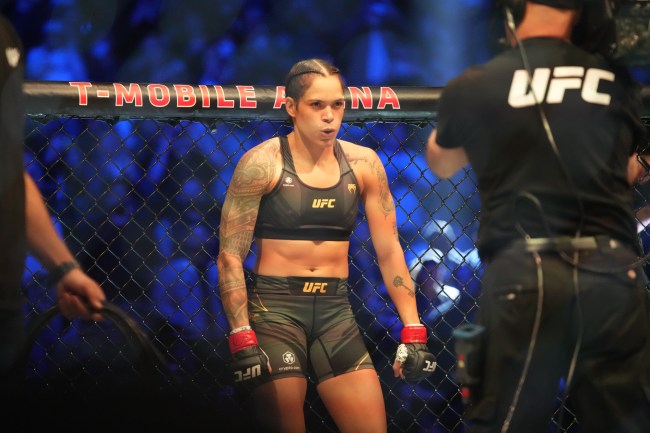 There were plenty of questions about Amanda Nunes’ future after UFC 269. Would she get a rematch with Julianna Peña? Would she move back up to 145 and focus on defending that belt? Is she still capable of making the cut to 135 and performing at a high level?

We got an answer to a couple of those questions today. Dana White had already made it clear that a rematch was hers if Nunes wanted it. Now we know she definitely wants it.

Whenever this rematch ends up getting put together, we’ll get our answer to that last question about Nunes.

The outcome of the first fight between these two was an absolute shock to the MMA world. Amanda Nunes entered the fight as a -1100 favorite and was widely expected to breeze through yet another title defense.

The fight didn’t exactly play out as expected. Nunes surprised many in the first round by engaging in a grappling match with a wrestler. In the second round, that plan appeared to backfire on her.

The second round of the fight turned into a standup battle, but Nunes’ gas tank appeared to be getting low. Peña fared surprisingly well in the standup and was even getting the better of many of the striking exchanges.

Eventually, Nunes returned to her wrestling gameplan, but that just gave Peña the opportunity to put the fight away. As soon as she got behind Nunes on the ground, she slapped on a rear-naked choke and got the tap.

The surprising outcome doesn’t seem to have done much to change the sentiment about a rematch as Nunes is still a pretty sizable favorite with her coming in as more than a 3-1 favorite on early lines.

A rematch will tell us a ton about where both of these women are in there careers and it should be one of the more highly anticipated fights of 2022 among MMA fans.