Nets Coach Amar’e Stoudemire Rips James Harden For Being Out Of Shape, Questions His Determination 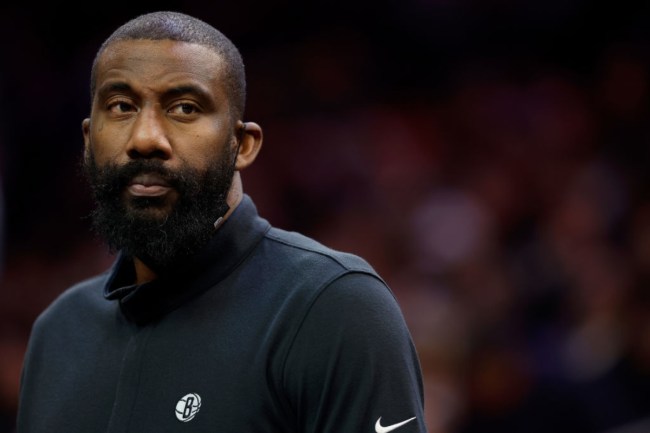 While the entire basketball world seemed to take shots at James Harden’s physique from afar at some point this season, and in seasons past, Amar’e Stoudemire was one of the few people that actually spent time around Harden during his time in Brooklyn.

So, when the former NBA star has critiques about Harden being out of shape it carries a bit more weight than people reacting to pictures or videos.

Stoudemire, a player development assistant for the Nets, joined Thursday’s edition of ‘Get Up’ on ESPN and did not hold back while discussing Harden.

His first shots came when he was asked whether or not he believed Harden could be a big-time scorer for Philadelphia at this point of his career.

“I don’t think he is this season capable of being that type of player,” Stoudemire explained. “I think, not being in top shape, not taking your body serious, and not really being able to focus in on that in the off-season, and getting yourself prepared through training camp and through the regular season to get to this point.”

“It takes a lot of determination for that to happen. And I don’t think that happened for him this past off-season, and throughout this season.”

Amar’e Stoudemire Would Give James Harden A Max Contract

The discussion of whether or not the 76ers should offer Harden a max deal sent Stoudemire on another harsh-worded rant.

“I can’t commit to that,” Stoudemire said. “If I’m the owner of the Sixers, I cannot commit to giving him a max deal.”

“I just don’t see the dedication that I would need to see from my top 75 player. You have to be able to have a certain level of determination and focus on being the best player you can possibly be and also be there for your teammates when they need you the most.”

You certainly can’t knock Stoudemire for sharing his opinions about Harden and his future. Harden hasn’t looked like his former, All-NBA type self this season, therefore there’s no reason to believe that guy is coming back at any point in the future.