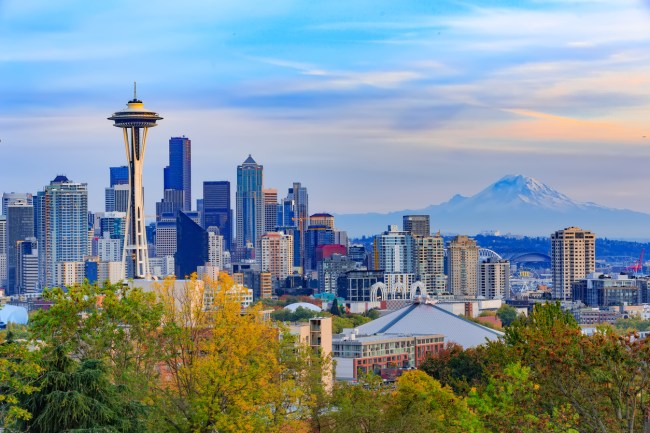 There’s an old saying that we’ve all heard at one time or another: “Actions speak louder than words.”

It’s a phrase that is often associated with leadership, as some lead by barking and some simply allow their actions to speak for themselves. And in marketing and advertising, we’ve perhaps never seen a more explicit example of actions speaking louder than words than through what Amazon and the city of Seattle just unveiled.

Amazon secured naming rights for Seattle’s forthcoming downtown arena that will house the new National Hockey League team as well as the WNBA’s Storm. Certainly it will not come cheap as naming rights never do. But here’s what’s different in this case: The company’s name will not appear anywhere on the building.

Yes, that’s right. No Amazon Center or Amazon Arena or Buy and Ship Your Package Park. They are not getting on board with Miller Park or Allegiant Field or Fedex Field. And certainly no “Commercial-Stick Park” — the name once bestowed upon San Francisco’s former Candlestick Park by ESPN’s Chris Berman in mocking the back-and-fourth naming rights of the former home of pro football’s 49ers and baseball’s Giants.

Instead, the new Seattle arena will be called Climate Pledge Arena and feature several green initiatives in trying to become the first such facility in the world to earn net Zero Carbon certification by the International Living Future Institute.

“I think this is going to be a transformative moment in our industry,” Tim Leiweke, CEO of the Oak View Group, told ESPN.

Transformative is right, but not only as it relates to carbon emissions. It also applies to advertising as this is just not how naming rights are done. Companies typically pony up millions upon millions in an attempt to smack sports fans and concert-goers in the face with their brands. Whether it’s effective is always at question, but big brands have done it over and over: Air Canada is paying $1.5 million annually for stadium rights in Toronto, Gaylord Entertainment pays $4 million in Nashville, and Coca Cola is paying $6 million in Houston for its Minute Maid brand.

Jeff Bezos and Amazon are saying corporate social responsibility matters in the eyes of consumers. They are presuming people coming into the arena, and even driving by it, will see the name Climate Pledge Arena and know it belongs to Amazon. And they are probably right.

“…to the credit of Jeff Bezos and Amazon, they said ‘We’ll act like a naming rights partner, but let’s do this the right way,” Leiweke added. “I don’t need any more branding.”

Give it two to three years and we’ll see whether it was a bet worth taking. But much like when Amazon purchased Whole Foods, it is arguably one of the most disruptive business strategy and marketing moves of the past 25 years.

In the event you’re curious, here’s how the stadium will walk the walk in working to earn the Zero Carbon certification — actions that will very well be forever associated with Amazon:

The cost of the 18,000-seat venue has been estimated at more than $900 million and is expected to host 200 events each year, including the NHL, WNBA and concerts. And once complete and consumers begin flooding in the doors of Climate Pledge Arena — despite not seeing the Amazon brand ad nauseum — in their heart of hearts, many will still know who’s footing the bill and pay it back again and again.